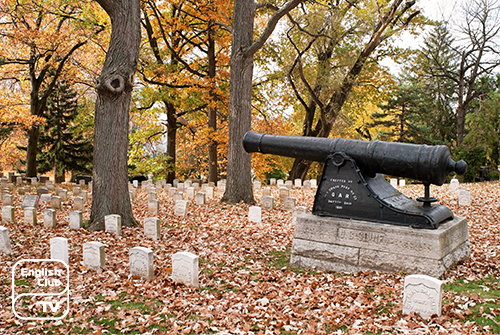 The World War II (WWII) ended and by going through the war heavily, the UK neared bankruptcy. Even though new programmes were introduced to revive the economy, their results did not arrive at positively till 1950. This period of the British is called ‘The Age of Austerity. However, the Britain maintained an impressive air force and was into recruiting more and more personnel to it. In 1945, the USA stopped giving Lend-Lease funds to Britain which threatened that Britain most probably would taste bankruptcy.

Nothing to cling on at the time, the UK sought USA assistance and succeeded in borrowing $ 75 billion for an interest rate of 3.75 dollars in 1945. Saving was paramount to overcome barriers and increase export revenue. All the colonies under the Britain were asked to save money in pounds. The Marshall Plan 1948-50 was carried out to have extra funds which the government had no need to repay. Through the Marshall Plan, the UK was able to enhance European and NATO unification. The latter was formed in 1949.

However, rations and conscription were forced to restore the economy of the country. Meanwhile, a severe winter hit the country in 1946-47, and it dragged the country’s coal industry and railway into a standstill. Companies became abandoned, and people were left out in the fatal cold. The rationing enveloped bread as well, as it were sent to feed German refugees in the British occupied area. The government banned consuming even ice creams and sweet items in 1954. However, the poor received enough nutritious food items through rationing which they did not get even before the war.

Meanwhile, homemakers went against the austerity. Amidst this chaos, the conservatives emerged as a decisive force. They criticised socialism and every other restriction that the government placed on the people. They somehow came into power in 1951. Every cloud has a silver lining and the dark period of post-war Britain and her people saw some happy moments. Some of them were Princess Elizabeth getting married and the holding of the 1951 Festival of Britain. The Olympics was held in London in the summer of 1948.

Eventually, the reconstruction of the region took place amidst lack of funds. Meanwhile, all the available facilities were made by the Olympic sports stakeholders, and State organisation. A small amount of the fund was available for reconstruction. After that, the Labour party came into power, and they expanded the welfare faction. They introduced the National Health Service and also nationalised the coal industry, railways and banking sector as well as certain other industries.

They brought in the National Insurance Act 1946 and every person had to pay a certain amount from their salary by buying a stamp. By doing so, they enjoyed a lot of benefits such as Orphans’ Allowances, Unemployment Dole, Death Grant, Widow’s Fund, Ailment Allowance and a pension. They also provided council houses at a low price for the poor. Hugh Dalton led the Treasury and faced severe challenges at the time as it had to fund soldiers, war equipment and other war-related issues as well as massive welfare schemes of the government.

Post-war Britain and the Korean War

Despite granting huge Welfare benefits, the Labour Party faced many problems. Eventually, in 1948/49, they rationed bread, shoes, potatoes and cloches as well as jam. However, they came victorious in 1950 election as well marginally with five seats more than the other major party. The Korean War began in 1951 further mitigating the revenue of the country. With failed economic reforms, the Labour Party was defeated again and again by the conservatives with large majorities.

Post-war Britain getting Back on track

Churchill came back into power in 1951 and however, the conservatives eased their restriction and allowed the Labour Party to introduce welfare schemes. As the 1950s dawned, the country was back on track. Seeing this development, many immigrants from the British Colonies migrated to England. However, the crisis of the Suez in 1956 reduced the power of the British that they held as a global superpower. By 1970, all its colonies became separated from the British Empire.