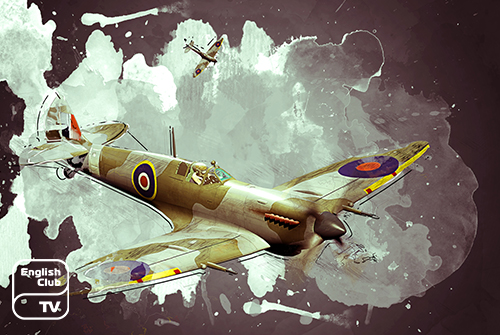 The Supermarine Spitfire was a remarkable aircraft used by the Royal Air Force and Allied countries during World War II. R J Mitchell was its designer, and improved variants of the plane are still in use.

Background and Development of the Supermarine Spitfire

R J Mitchell took an interest in aircraft designing and learnt the trade during World War I. He observed early plane models and discovered their weaknesses. The key feature in his designs was pilot safety. Speed seconded this concern in all his models.

R J Mitchell wanted to make the perfect fight-interceptor aircraft. His first attempt ‘Supermarine Type 224′ failed to meet the required specifications and could only manage 230mph top speed. It was named ‘Spitfire’ by Vickers Supermarine. Mitchell then introduced Type 300 which was designed in collaboration with Rolls-Royce and equipped it with their engine ‘Merlin’.

The Air Ministry used this model for their fighter aircraft, and in 1934, they began work on a prototype. In 1936, it took to the air for the first time. This was, however, the last time Mitchell witnessed his creation take flight for in 1937 Mitchell died of cancer and succeeded by his collaborator Joseph Smith who took over future designs for the Supermarine Spitfire.

Type 300 was, initially, just an aircraft. It had to be equipped for war. RAF technical experts took to the task of allocating weapons for the aircraft. They decided on placing four machine guns per arm, a novel idea during that period. Smith improved the design by simplifying its construction process, making it easier to mass produce the aircraft. Impressed with the prototype, the Air Ministry placed an order for 310 Supermarine Spitfires. They were first used in August 1938 in Squadron No. 19 of the Duxford RAF.

The Supermarine Spitfire took down its first German aeroplane on the 16 October 1939. Further improvements were made to the first model by adding to it a bulging cockpit. This feature, coupled with elliptical wings, became the characteristic features of the famous Supermarine Spitfire.

Elegant in structure, Supermarine Spitfire was not limited to one design, but was, in fact, adaptable to requirements which kept it in demand before, during and even after the war. Each new model of this aircraft bore the name ‘Mark’ followed by a number and categorised as either ground or high altitude attack aeroplanes.

The most commonly used Supermarine Spitfire design was that of the Mark V. There were about 6,500 Mark Vs produced before the emergence of an improved version. Their main feature was increased endurance, made possible equipped with drop tanks of around 175 gallons. They could carry a single 500-pound bomb or two 250 pound bombs.

The present most advanced Supermarine Spitfire is called Mark 24, some of which are ‘specialist Photo Reconnaissance (PR)’ aircraft. It eventually came to bore a wide assortment of weapons ranging from cannons to bombs. An astonishing 20, 351 Supermarine Spitfire aircraft were produced for use by the RAF.