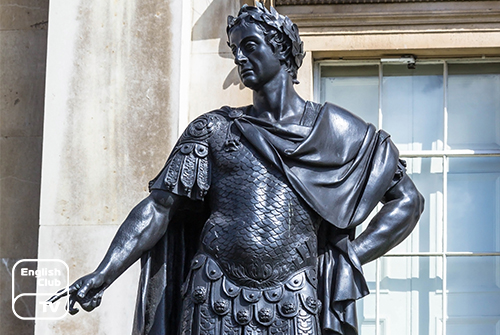 The Glorious Revolution took place in Great Britain between the periods of 1688-1689. It refers to the overthrowing of King James II by the joint accession of his daughter Queen Mary II and her husband King William II of Orange-Nassau, the Dutch stadtholder of that time. He worked together with British parliamentarians who opposed the reigning monarch to bring about the Glorious Revolution. For their accession, William and Mary had to sign the ‘Bill of Rights’ which limited the power of the monarch to a certain degree, making England a constitutional monarchy.

During the reign of King Charles I, a civil war broke out in England in protest of the King’s ruling methods as an ‘absolute monarch’ and executed at the end of the war, his two sons Charles II and James II fled to France. Charles II was invited to take the throne to settle a power vacuum, upon agreeing to withhold his powers. His brother, James II, who succeeded him in 1660, followed in his father’s footsteps and exerted ‘absolute power’.

King James II decided to make Parliament acts invalid by employing his Royal Decree, to offer non-Anglicans the ‘freedom of religion’. The public, however, did not agree with this step. Protestant parliamentarians and several noblemen turned to William of Orange in 1687. In 1688, he forced clergymen of the Anglican Church to read the ‘Declaration of Indulgence’ which granted religious freedom to followers of other religions, or simply those who did not comply with the Church of England, which made him more unpopular among the majority.

When Queen Mary of Modena, Queen to King James II, gave birth to their son; James Francis Edward in June 1688, Protestant followers grew even more fearful, for the heir was expected to be a Roman Catholic. By the end of the month, the ‘Immortal Seven’ secretly requested William to launch an attack on the throne. He and Mary arrived with a naval fleet of which the English Army and Navy joined. There was little oppression from the citizens who already disliked their King. James II made an escape to France where he lived in exile until death.

Mary, the daughter of the fallen King, was chosen by parliament as the next monarch over James Francis Edward, her brother. Following her refusal to rule alone, the joint succession with her husband was decided and their coronation took place on the 13th of February 1689, following the passing of the ‘Declaration of Right’ by the parliament. In May, that year, they were offered the separate Crown of Scotland. The Declaration was later amended to exclude all Catholic associations to the throne, including those by marriage.

Though it is called the ‘Bloodless Revolution’, there was resistance in certain parts of the Kingdom in the support of King James II, which had to be quelled using force and death. The Glorious Revolution was largely between the monarch and the parliament and therefore had much to do with politics as much as religion.