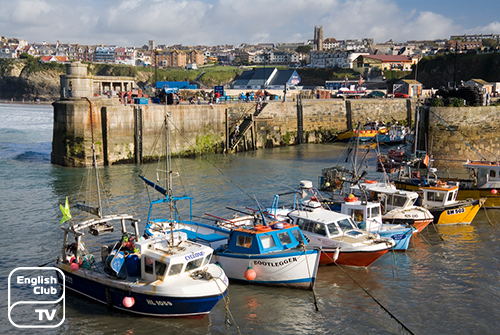 In the past, 11 to 15 centuries, the primary industry of England was the export of wool. Influenced by the industry, the country saw many seaports and industrial towns emerging throughout the country. Then they started the slave trade in about the 15th century. However, this underhand trading disappeared in the 18th century with the beginning of major projects of making canals and constructing railways. With them, the country converted very fast to an industrial zone. England invaded many Asian countries during this period, and they procured raw materials such as cotton, tobacco, precious metals and other materials which resulted in leveraging a significant industrial revolution in England.

England’s agricultural sector presently uses state of the art techniques that helps them in producing about 60 percent of the food they need. The industry uses only 2 percent of the labour force in the country thanks to the use of sophisticated machines and techniques in the field. The agriculture sector in England contributes to about 2 percent of its GDP. Livestock production takes more than half of the production while arable crops fill in the remainder. The European Union Common Agricultural Policy (EUCAP) provides subsidies for the agriculture sector in England.

Barley, wheat, oats, sugar beets, and potatoes are among the principal crops England produces. On the other hand, the fishing industry in England also contributes a significant part of GDP to the country. Every type of fish is available in the English waters, and hundreds of fleets engage in fishing. England uses the most sophisticated methods of fishing, and its many towns presently boast having large fishing industries in operation.

The capital of England, London, is considered as one of the main financial hubs in the world. The London Stock Exchange plays the benchmark role in the global financial sector. The country’s GDP receives a high share of the service sector in the finance field such as insurance, banking, commercial financing and so on. More than 80 percent employees make up its financial sector. About 124,000 people serve the financial sector in Leeds with Manchester being the main economic hub of England apart from London.

England’s tourism industry accounts for the employment of about 2 million of her people. London is the country’s main tourism hub that hosts millions of tourists annually. England where the sun never sets has natural and man-made assets to keep it as a preferred one of the leading industrial nations of the world even for many centuries to come. Globalization has attracted its products to people in every corner of the world. However, globalization has also badly impacted England’s industries as a range of products from other countries have invaded its markets that England enjoyed earlier.