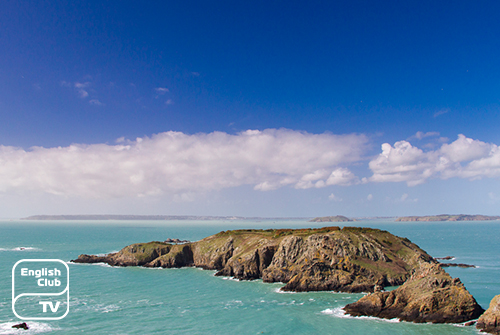 The ancient people in England discovered the Herm Island when they went searching for food during the period between 8,000 and 10,000 B.C. The ruins of tombs found scattered around the island prove that these people were the first settlers in the area. Their original cemetery is in the northern part of the island known as the Common. The research conducted by Oxford and Cambridge Universities, states the Common had been a location where the funeral rights of these people took place for decades.

In the 6th century, Saint Tugual followers engaged in religious activities here. According to historical evidence, in the 6th century, they had established the Saint Tugal’s chapel. A massive storm is said to have hit the land in 709 resulting in its complete wipeout. The Duchy of Normandy annexed the Chanel Islands in 933 and received the Crown Dependency status in 1204. From then onward, monastic dwellers in Herm gradually lost their habitats. Then it became a hunting ground for many upper-class royalties such as the governors of Guernsey.

The Industrial Revolution influenced the Channel Islands in the 18th century, and it brought about many historical changes to the Herm Island. There were Roads built, a bakery, a brewery, a prison and a forge, as well as granite quarries. The British government at the time leased out the Island to Prince Blucher as World War I broke out. The colonies ‘Red-necked Wallabies’ were his creation. They are not to be seen on the island now.

Herm Island and the German invasion

The Germans occupied the Channel Islands after that during the WW II. The Third Reich owned the island by 1940 as Germans occupied Guernsey and Jersey. Their soldiers underwent training on the island to invade England at that time, and they used to travel to Herm Island in search of firewood. A notable event that happened during this period was the exile of a German army officer called Oberst von Helldorf to Herm Island.

The British military operation, ‘Huckback’ during the World War II was supposed to target Jethu, Brecghou, and Herm, but only Herm was attacked on February 27, 1943. Patrick A. Porteous VC captained the Huckback operation along with ten other combatants. After a series of attempts to reach the top of the cliff, Porteous finally climbed to the top and took the others as well with a rope. But, history tells us that they had not found any Germans there or any inhabitants on Herm Island.

Major Peter Wood and his descendants

The Guernsey States influenced the Crown to hand over Herm to them in 1949. They wanted it mainly because of the breathtaking beauty of the island that had the potential to attract thousands of tourists. Major Peter Wood was an influential resident on the Island at that time, and he improved the island to a great extent. He expired in 1998 and his daughter Pennie Wood Heyworth and Adrian, her husband, carried on from where her father stopped. Later, Jenny Wood wrote a book titled Our Island Home describing their roles on the Island.