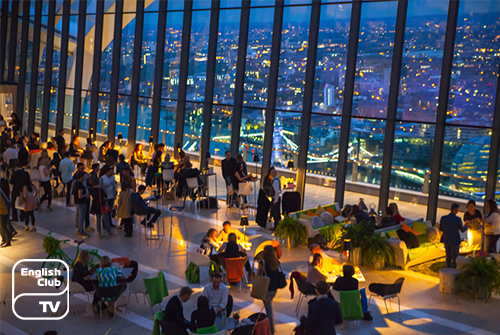 Social, political, demographic, and religious changes caused the British society to improve in numerous aspects. Apart from these spheres, changes in many other fields like science, arts, working class, women’s rights, etc., also resulted in creating a democratic society that we can observe from the Tower of London till the present-day UK.

Demographic changes in England during the period between 1100 and 1300 witnessed a high increase in its population. British history reads that the population increased from two million in 1100, to five million by 1300. However, the country remained agro based all this while and showed great prosperity as well through its agricultural efforts.

However, by 1300, England witnessed an over population, lack of land for agriculture and decreased soil fertility. On top of these social reverses, the Great Famine hit the country during the years of 1315 and 1317. After that, in 1348, the “Black Death” annihilated a large number of people. Survivors from these calamities received enough lands. But high wages and low profits paved the way for a modern agricultural system to emerge.

A small industrial development took place in the 13 century in the UK. The country started to process the wool which until then was sent to other nations to get processed. It resulted in creating new employments. The 14th century saw an increase in exports of textiles. The reign of King Edward I, enabled the ‘commons’ entry to parliament, and many people got the chance to hold respectable positions in society.

In the 18th century, the middle class British society enjoyed significant advantages. Many engaged in law professions while many others joined the medical field. A large number of merchants held important places in society too during this time. While other countries such as America and France faced many wars and revolutions during this period, British enjoyed peace and stability.

The status of women in the UK improved in the 17th century. They received rights for voting. They also won rights for owning property even after they got divorced from their husbands. However, society did not accept divorced women so easily. Women organisations praised the worth of having small families. Mortality rate lowered among children, and life expectancy rate improved. Working hours of labourers reduced and in 1870 the Education Act set the foundation for primary education throughout the country.

Before 1857, husbands got legal and economic power over their wives. In this period, getting a divorce for a woman was impossible. Women who wanted to get separated from their husbands had to do so via a private parliamentary act which cost them about 200 pounds. Only wealthy women could afford that much of a price to have a divorce. A husband’s cruelty, adultery, and desertion not considered as reasons for a woman to get separated from him.

However, with the 1857 Matrimonial Causes Act, divorces became the cases that civil courts must handle. The Church of England opposed the Act very much but the new civil court was established in London for hearing all divorce cases. Still the cost of hearing a divorce case was very high (£40). But middle-class women could afford that price. After the separation from her husband through the civil court, a woman could enjoy full civil rights. By the 1973 Matrimonial Causes Act, the church has no more control over divorces. A justice of the peace is even permitted to hear a divorce case.