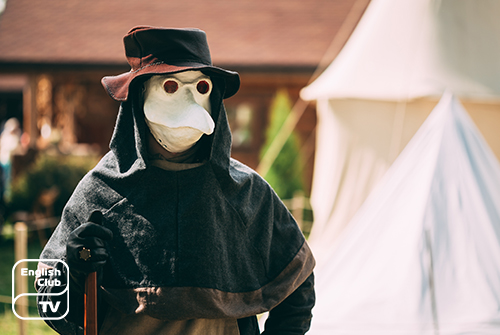 ‘The Great Plague’ or the ‘Bubonic Plague’ is an epidemic which spread throughout England between 1665-1666. Relatively less widespread and destructive than the ‘Black Death’ pandemic of 1350, the outbreak, nevertheless, resulted in the deaths of over 100,000 Englishmen, who made up 15% of the country’s population.

The Great Plague began in London, more precisely in St. Giles-in-the-Field, an overpopulated parish. During the 17th century, London city was surrounded by a ‘city wall’ which was built to keep out raiders in the past. Outside this wall, small suburbs were rapidly growing in population, while within the city gates, the poorer parts of London were falling into ruin. Unhygienic and overcrowded, these cities are believed to have given rise to the Great Plague by breeding its carriers; ‘rat fleas’.

It wasn’t until 2016 that the actual causal agent of the plague, a bacterium called ‘Yersinia pestis’, was confirmed through DNA testing, following its identification by ‘Alexandre Yersin’ in 1894. The disease targets the lymphatic system. Infected, enlarged and painful lymph nodes, which were also called buboes, were the primary indicator of the plague. Other notable symptoms include blackening of toes, fingers and nose, also referred to as ‘gangrene’, continuous vomiting and splitting headaches. Those who contracted the disease is said to have died within ten days.

As soon as the news spread of a growing plague, the affluent fled the city while the poor were left behind with no other choice but to stay. King Charles II, Royals and the court took sanctuary in Oxford. When a member of a family contracted the plague, the entire house was sealed off immediately. The remaining members of the family eventually died as well. The affected households were then marked with a red cross on the door and the statement ‘ Lord have mercy on us’ written on it. The dead were brought out on the night following the cry ‘Bring out your dead’. They were then taken to plague pits outside the city wall in carts. Two of the ‘Great Pits’ in England were at ‘Aldgate’ and in ‘Finsbury Fields’. ‘York’ was severely affected by the Great Plague. The greens outside the city wall remained undisturbed lest another endemic might break out.

A story of great bravery, in these tragic times, comes from the small village of Eyam. A laundry box, infested with rat fleas, exposed the villagers of Eyam to the plague. When the endemic began to spread, through persuasive talks delivered by the village rector ‘William Mompesson’, the villagers of Eyam made the brave decision to stay within the village limits. By deciding against fleeing like most others, they prevented a massive outbreak of the Great Plague in Derbyshire, the nearest city. 80% of the villagers fell prey to the disease, including the rector’s wife. On the last Sunday of every August, a service was held in the Eyam Church in recognition of their sacrifice.

The Great Plague died away in the winter of 1666 with the cold weather driving away the infested fleas.