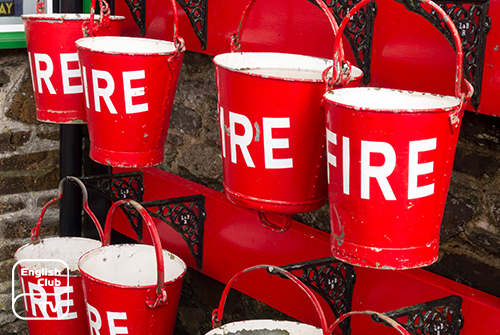 London authorities understood the need for a well-equipped fire brigade only after the Great Fire of London swept through the city in 1666. The fire spread through the city starting from September 2 to 5 annihilating 70,000 houses, 87 parishes and thousands of slum houses. Before the Great Fire too, the city witnessed many other fires threatening the metropolitan areas. Therefore, the need for a state of the art fire brigade was envisaged by insurance companies by 1833, and they even formed many such by January 1 of 1833.

Under the guidance of James Braidwood, the founding of the London Fire Engine Establishment took place on January 1, 1833. By that time, he held the leadership of the municipal fire brigade of Edinburgh as well. The unit consisted of 80 fire soldiers and 13 stations. But the main idea of the insurance companies that funded it was to protect the material assets from fires rather than that of human lives. However, the country witnessed many large fires even after this period like the Westminster fire in 1834 and Tooley Street fire in 1861. Knowing of the huge danger that fires could pose, the insurance companies lobbied for establishing a government aided fire brigade, and as a result, in 1865 the government passed the Metropolitan Fire Brigade Act in parliament.

The Metropolitan Fire Brigade (MFB) came into being in 1865 under the guidance of former Belfast police superintendent Eyre Massey Shaw. The London Fire Brigade replaced the previous establishment in 1907, and moved to new premises on the Albert Embankment in 1937 and remained there till 2007. During the World War II, a national fire service was formed by merging all the separate fire brigades. In 1948, an independent entity became established for the London City. When the Greater London came to exist in 1965, the London City fire brigade absorbed fire brigades in West Ham, Croydon, Essex, Surrey, Kent, Hertfordshire, and East Ham.

The Greater London Council (GLC) established in 1986 disbanded the fire brigade and formed a new authority called the London Fire and Civil Defence Authority. However, it was replaced by the London Fire and Emergency Planning Authority in 2000. The first Commissioner of the fire brigade was Ken Night, and he became the advisor to the government in this regard. After that, Ron Dobson was the commissioner for over ten years, and Dany Cotton took over in 2017 thus providing the first female leadership to the fire brigade.