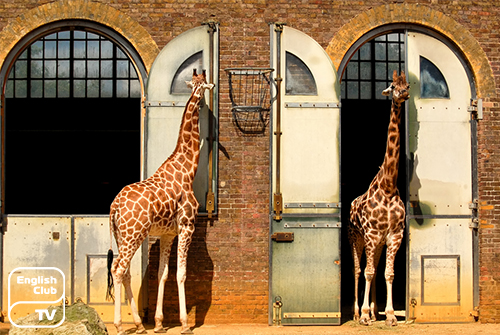 The World witnessed the opening of the first scientifically systematic zoo in London on April 27 in 1828. However, the London Zoo was the first to give prominence towards studying science. After 19 years of its inception, it opened its doors to the public in 1847. At present, the Zoo boasts the sheltering of over 756 animals. The Regent’s Zoo is another title for the London Zoo. The Zoological Society of London, formed in 1828, presently manages the Zoo. The Society boasts another large branch called ZSL Whipsnade Zoo in Bedfordshire. Visitors can observe the larger animals at this Zoo.

The ZSL London Zoo witnessed the opening of its first house for reptiles in 1849, then, its public aquarium in 1853, after that its insect house in 1881, and its children’s zoo in 1938. The Zoo does not receive any State funding, and it solely depends on funds that it receives from memberships, sponsorships and the entrants. The Zoo houses 67 species of mammals, 108 species of Birds, 58 species of Reptiles, 25 species of Amphibians, 270 species of fish, 228 invertebrates, and together 758 species that adds up to 17480 individual animals.

Land of the Lions

The Asiatic lion section in the Zoo will be open to the public in the spring of 2016. It occupies 2,500 SQ. Meters of land. It is going to be identical to India’s Gir Forest National Park. The sector will show the visitors the impacts of local urbanization made on the Lions’ lifestyles in India.

In March of 2007, HRH Duke of Edinburgh opened the Gorilla Kingdom in the Zoo. Six lowland gorillas are living there in the western world. The section has a manmade island and an indoor gym where the Gorillas engage in their workouts. The enclosure also houses a few Diana monkeys, black and white colobus and sooty mangabeys. There are also Congo peafowl and Sulawesi crested macaques.

One of the most popular sections in the Zoo is its Aquarium. Its old structure built in 1853, is the first world’s aquarium. The new structure came to exist in 1929 and situated near Mappin Terrace. The present aquarium was officially opened to the public in 1924 by King George V and Queen Mary.

The other prominent sections in the London Zoo include Animal Adventure, Rainforest life and Nightlife, the Outback, the Reptile House, Giants of the Galapagos, Komodo Dragons, BUGS or Biodiversity Underpinning the Global Survival sector, Penguin Beach and In with the Lemurs. The Zoo also boasts sections called Meet the Monkeys, Butterfly Paradise, and Blackburn Pavilion.