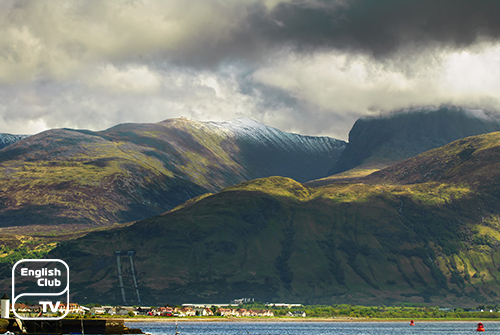 In a range of mountains, Ben Nevis joins its northeast neighbour, Càrn Mòr Dearg Mountain. Another mountain called Càrn Mòr Dearg Arête also lies adjacent to the former. All these mountains rise over 4,000 feet. The Nevis mountain range also boasts the Aonach Mor and Aonach Beag mountains. Ben Nevis’ southern parts rise to 3,900 feet and extend along two-kilo metres towards Glen Nevis, which is Britain’s steepest and longest hilly slope. However, the height drops to 2,000 feet from its northern part of Coire Leis. There is a private mountain hut called Charles Inglis Clark Memorial Hut or CIC Hut on the Corrie, owned by the Scottish Mountaineering Club.
The first attempts to climb the Ben Nevis mountain
Botanist from Edinburgh James Robertson first climbed Ben Nevis on August 17, 1777 to gather specimens for his research. Thereafter, John Williams climbed the mountain range in 1774 and provided details of its structure. John Keats climbed it in 1818 and in 1819, William MacGillivray, a renewed naturalist, arrived at the summit and declared that he only found some glassware and parts of earthenware, corks, chicken bones and pieces of paper at the top. However, the significance of mountain came to light when a survey called Ordinance Survey announced that it is the highest mountain of Britain and Ireland.
Observatory and paths on the Ben Nevis Mountain
In 1883, an observatory was built on the summit and has been there for over two decades. At this time, a track to the summit was built to herd ponies carrying supplies to the summit. The West Highland Railway started operation to Fort William in 1894, making this mountain range very popular among tourists and other interested parties. During this period, many proposed to build a railway line to the top, but those plans did not materialised. In 2000, the John Muir Trust, a Scottish conservation charity purchased the Ben Nevis Estate, which made them owners of the south side of Ben Nevis and its summit as well.
Ben Nevis Mountain: environment pollution
It is recorded in recent times that visitors to the mountain summit and its suburbs pollute the area by discarding environmentally harmful articles in the area. These concerns resulted in forming the Nevis Landscape Partnership intended to be operative for five years. The partnership designed about 19 projects to preserve the environment of the mountain which they plan to carry out within the five years starting from 2014. Another five organisations support this effort and they are the Scotland Forestry Commission, Highland Council, John Muir Trust, Nevis Partnership, and the Scottish Natural Heritage.
Ben Nevis Mountain Distillery
Ben Nevis Distillery Company lies beneath the mountain. John McDonald, nicknamed Long John, founded this whisky company in 1825. It is considered the oldest legal Scotland distillery in Britain. The company attracts thousands of tourists to the area. The company receives water for its production of whisky from a brook called Alit a Mhuilinn. The suburb area and the mountain range of Ben Nevis provide a great importance to Britain and Scotland. Therefore, authorities take great effort to conserve its environmental assets. However, significant arrivals of tourists hinder their efforts to a large extent.