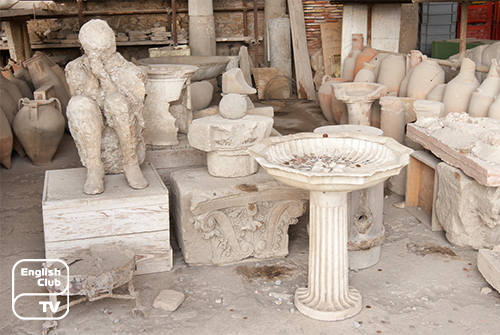 The United Kingdom takes a significant effort to preserve its historical sites for the benefit of coming generations. As a result, today local and foreign visitors can study and understand the past of the country with the least effort. Historically, Great Britain has played a primary role in global history and so have the British archaeologists. Therefore, archaeological finds in the UK help students reading local and world history

British archaeologists found 50 human footprints in 2014. They said that the footprints found in Norfolk were the oldest found to date in the Western world. According to historians, these footprints may be of human beings who lived here 950,000 years before. They further suggest that these may be footprints of those first migrants to Northern Europe. Among the footprints are those of children, women and men who travelled over the mud surface of the Thames estuary. The region also shows footprints of prehistoric animals such as elephants and hyenas. The Natural History Museum now preserves some of these footprints.

Archaeologists unearthed a range of ancient tools from a site at Land’s End. They proved that these tools were over 8,000 years old. The site is over 150 acres in extent, and it took the archaeologists about two years to carry out extensive excavation in the area to unearth invaluable historical items from the site. There were cemeteries, mounds, and forts that are said to have belonged to the New Stone Age, Bronze Age, and the Iron Age respectively.

The burial grounds for the rulers of the Anglo Saxon era found in 1939 were at Sutton Hoo. The remains of the Anglo Saxon king Raedwald who passed away in 624 AD was on this site. It is believed that there is a massive oak ship filled with precious items belonging to the king as well in the site. About five miles from Sutton Hoo, archaeologists have unearthed a royal palace too that belongs to Anglo Saxon era.

In March 2013, thirteen skeletons were found in Charterhouse Square in Farringdon. Archaeologists unearthed them from a project site but later, they suggested that the location may be the No Man’s Land or City Plague Pit about which history had given sufficient details. The site has remains of people that lived in 1348 who perished because of the bubonic plague. The sites is also believed to have the remains of 50,000 people. Among the other ancient items found with the excavation of this Crossrail site were a golden coin belonging to the 16th century, a 9000-year-old tool factory, and a road belonging to the Roman period.

The remains of King Richard III

The remains of King Richard III, who died in the battle of Bosworth Field on August 22, 1495, were found by archaeologists in 2012. They found the remains when they excavated a car park in Leicester. The cause of death of the King revealed was due to a severe injury to the skull. The facial resemblance of the King was created in 2013, for preservation.

A town in the Iron Age

In 2015, a team of archaeologists led by Archaeologist Andy Mayes unearthed an ancient town they said belonged to the Iron Age (about 3,000 years back). This historical site discovered was in Sherford, Plymouth. Found in the location were Pottery, bones, and houses which belonged to the Iron Age, including items to suggest that foreign trading had flourished during the time.