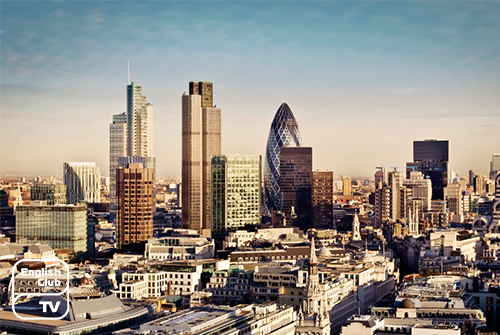 London city did not acquire its name overnight. Throughout the centuries, from one civilisation to another, its name has changed to become what it is now. Prehistoric structures, dating back to 6000 BC are found around the Thames river valley, suggesting human habitation in the area. There isn’t enough evidence to confirm whether the area was given a name at all during those times.
The original name of London city, therefore, should be traced back to 43 AD, during the Roman occupation of the land. The Roman’s called the area “Londinium”. It appears in ‘ Tacitus’s’ records in 117 AD, where he states: “Some merchants and trading vessels much frequented Londinium”.
Some suggest that the Romans adopted the name from the pre-Celtic name “Plowonida”, which is a combination of the words ‘nejd’ (flowing river) and ‘plew’ (wide), referring to the river Thames. It then changed with time to “Lowonidonjon” and was eventually referred to as “Londinium”. Others suggest that it derived from the name of a Celtic chieftain called: “Londinion” or from the Celtic word for ‘wild': ‘Lond’. Some other sources present variations of the name, such as Londiniensi, Londinio and Londiniensium.
Following the Roman withdrawal from London in 410 AD, the Anglo-Saxons conquered the land and built settlements around ‘Covent Garden’ and ‘Aldwych’. They referred to that area as “Lundenwic “, meaning ‘trading town’ or ‘London settlement’. ‘Alfred the Great’ moved inland and claimed the previous Roman settlements, naming the city “Lundenburh”, which means ‘fortified London town’. The city slowly began to expand around Alfred’s stronghold.
During the Norman conquest of the lands, the city name began to take a similar form to its present day name, appearing in texts as ” Lundin, Londoun and Lunden”, until eventually, a reference was made to the name “London”. In geographical terms, ‘Lunden’ did not have its current boundaries. It is by passing the stages of ‘County of London’, ‘Greater London’, etc. over the years that London city eventually acquired its name.
A rather mythical reference is also available to the origin of the name ‘London,’ made by a 12th-century scholar called ‘Geoffrey of Monmouth’. His historical accounts, though based on facts, were without much credence. Thus, his tale of London’s founding became a myth. According to it, London city was founded by an exiled Trojan by the name of “Brutus”. He gave the land the title: ‘Troia Nova’, which translates into ‘New Troy’. When a pre-Roman ruler, ‘King Lud’, took the throne, he named the city “Caer-Lud” which evolved to “Kaer Llundain” from which today’s “London” was derived.
London city names have also expanded to include a few nicknames. ‘The Big Smoke’, ‘The Smoke’ and ‘The Old Smoke’ are some of the most famous sobriquets used for London, created about the thick fogs and smoke which flooded the city from time to time following the industrial revolution. ‘The Great Wen’ is another lesser known nickname for London city.