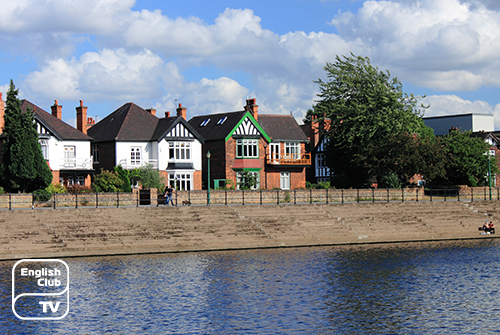 ‘Strongly flooding’, as the name suggests in Celtic, the River Trent usually runs over land where people more often journey to their destinations. Some say that the river has 30 types of rare fish and others say that 30 small rivers flow into the Trent making it the third largest river in England. Both suggestions came to exist in Izaak Walton’s book titled The Compleat Angler where he shows Trent may have the meaning of thirty as well.

The Trent River where the Journey begins

The Trent starts from the Biddulph Moor Village – a marshy land in Staffordshire. A primary source of water for the Trent is Trent Head Well, which joins other small rivers as the river flows. Flowing southwards, the Trent then runs past through Stoke-on-Trent and flows into Lyme and Flowlea brooks. The brook takes its actual name from the River Trent only after its flows past the Staffordshire Potteries, which comprises six towns. Gathering momentum, it then flows past Trentham Gardens.

The gathering momentum of the Trent River

The river meets Great Haywood but not before it passes Stone and Salt, a trading town and a village. The Essex Bridge built in the 16th-century witnesses the Trent flowing under it and passes Shugborough Hall where it joins with its tributary River Sow flowing through Stafford. Then the Trent runs through Rugeley, Kings Bromley, and Blithe at which point it meets Swarbourn and reaches Wychnor. The Tame River meets the Trent on its way to Mease and then the village Walton-on-Trent and the town Burton Upon Trent.

The Trent River under bridges 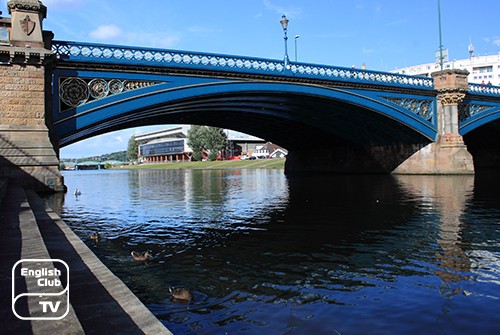 The Trent runs under a range of bridges here onwards before it joins the River Dove as it moves past Derbyshire and flows under the Swarkestone Bridge. It borders Derbyshire and Leicestershire at this point onwards through King’s Mill, Weston-on-Trent and Aston-on-Trent. The Trent and Mersey Canal starts from this stage to Shardlow. From there, the river begins its north-east journey towards Nottingham and then to Nottinghamshire. The Trent reaches the Holme Sluices passing The City Ground and the Nottingham Forest.

The Trent journeys past Radcliffe on Trent and then Stoke Bardolph on its way to Gunthorpe where there is a bridge as well. The Hazelford Ferry leads the Trent towards Fiskerton and then to Farndon. From the Staythorpe Power Station, the Trent takes two paths; one towards Averham, Kelham and the next to Devon and then joins at Crankley Point. It then reaches Cromwell Weir passing through North Muskham, Holme. Passing Carlton, Sutton on Trent, Besthorpe, and Girton, the Trent then enters the High Marnham Power Station. From there, it borders on Lincolnshire and Nottinghamshire and flows under a toll bridge before it reaches the Dunham River and Church Laneham where it meets Torksey and Segelocum, an old Roman town.

The Trent River – the North Sea

Gainsborough shows the Trent a series of warehouses. Most villages on this route have double names such as West Stockwith and East Stockwith, West Butterwick and East Butterwick. The Chesterfield Canal and the River Idle join the Trent at this point and flows through Lincolnshire. Then the river goes under its last bridge called Keadby and enters the canals Keadby and Stainforth as well as the River Torne. Downstream, the Trent forms the Trent Falls and then joins the River Ouse passing through Yorkshire and forms the Humber before it meets the North Sea. 6. River Trent, 04-3-2017 W500 WN