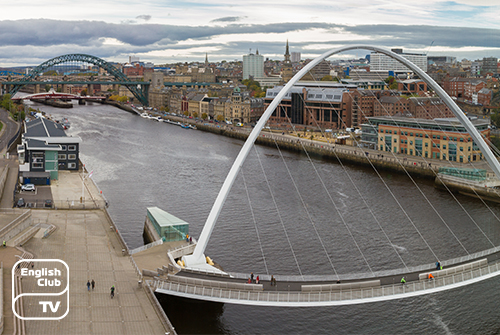 Newcastle city is found situated in North East England and called Newcastle Upon Tyne as well. The city belongs to the county ‘Tyne and Wear’. The River Tyne runs by the town, and one can reach the Scottish border from the river bank within 15 minutes as the distance is only 46 miles.

It is a member of the Core Cities Group and also of the Eurocities network. Before 1400, the city came under the jurisdiction of Northumberland County, but after that, it formed into a separate county. However, in 1974, Newcastle became a part of Tyne and Wear. Many Newcastle citizens speak a dialect called Geordie.

The Modern Newcastle originated from Pons Aelius, a Roman colony. The eldest son of William the Conqueror built a castle here in 1080, and eventually, the city took the ‘castle’ as a part of its name. By the 14th century, Newcastle developed mainly because of its wool trade. However, coal mining took centre stage by the 16th century.

Newcastle City and its Economy

The city boasts of excellent ship maintenance and shipbuilding centres. Today, it houses modern tourist facilities, computer, retail companies and educational institutes such as Northumbria University and the Newcastle University.

The city is famous for its United Football Club and the Tyne Bridge. Every year, about 60,000 runners participate in the Great North Run that the town has been hosting since 1981.

Perhaps New Castle is the coldest region in England. Even though cold weather prevails over the whole year, the city does not receive rain most of the year. Summer and winter bring in cold and chilly climes. Therefore, tourists arrive in Newcastle year round in large numbers. However, some do complain of the cold climate which is the coldest temperature being recorded in England daily to date.

Nightlife in Newcastle is vibrant compared to other cities in England. It is one reason for tourists to arrive in Newcastle by the thousands every year. The city ranks next to the London City and Berlin when considering the most famous nightlife atmosphere with that of other World cities. At night, tourists and locals gather at clubs and pubs in Quayside and the Bigg Market. The ‘Diamond Strip’ or Collingwood also sets the pace for late nightlife with thousands of tourists gathering at its clubs and pubs.

In January 1788, Newcastle saw its Royal Theatre opening on Mosley Street to the public. The Kemble family, which produced many versatile actors and actress, managed it from 1791 to 1806. Later the theatre was shifted on to the Gray Street. John and Benjamin Green designed the Theatre Royal, which is the largest among many other theatres in New Castle. Other Newcastle famous theatres include the Newcastle Playhouse, Live Theatre, Jubilee Theatre, and People’s Theatre among others.

Newcastle citizens celebrate the Chinese New Year in January and February. On the day, Chinatown of the city dresses in fantastic decorations and festivities. Families gather at Carnivals while tourists enjoy seeing the gleeful city engaging in fabulous fun activities.

Every year in March, the city enjoys witnessing the Newcastle Science Festival and the Beer Festival in April. In May, the city is busy engaging in the Evolution Festival of music while in June it indulges in the Newcastle Gateshead food and drink festival over two weeks.

In June, a tourist fair also takes place in Newcastle city. June also brings in the Community Green Festival at Leazes Park and the cycle race called the Northern Rock Cyclone. In July, the Ouseburn Festival and the Newcastle Mela in August and many other festivals belonging to Indian cultures decorate Newcastle to the extreme throughout the year.