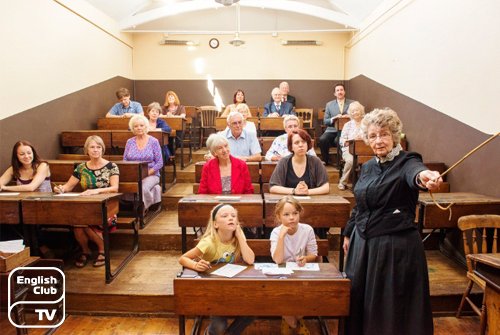 Education in England is a benchmark for education systems functioning in most countries. It is really advanced and guarantees studies of the highest level. One can find hundreds of schools in England from primary schools to universities. Most of them are well-known throughout the world, such as the University of Oxford and the University of London, to name just a few from a long list of prestigious colleges and universities.

Nearly 96 percent of children in England get free education. About 4 percent of children attend independent schools or private schools, and some study at home, paying for private tuition. However, all the schools, private or public follow the educational system and national curriculum when teaching. The curriculum year lasts from September to July and includes 39 weeks. It consists of six terms, two months each, with the first term from September to October and the last term from June to July. However, schools in some parts of England still follow the conventional three-term school year.

Schools in England provide two weeks holiday for Christmas. Students also have two weeks holidays in spring and six weeks in summer. There are three one-week long holidays during the last week of October, mid week of February and the last week of May. Most primary schools accept children at the age of four or five. However, many schools now have a reception year as well for four-year-olds. Secondary schools open their doors to secondary students at the age of 11. The last Friday of June is the last day of schooling for those students who reach the age of 16. However, educational authorities now seem to support the plan to raise school leaving age to 18.

At the age of 14-16 British students as well as students in Northern Ireland and Wales become eligible for sitting the General Certificate of Secondary Education (GCSE). Some students complete their schooling after sitting the GCSE while others may enter technical colleges. A great number of pupils enter high schools and continue studying for two or three years more. During this period, they face more exams and finally face the A level.

At the A level classes they are expected to follow three or four subjects of their selected course. If they pass the A-levels, they can continue their university education and become degree holders. After that, they can study further in a selected field and acquire a Ph.D. or other higher educational status.