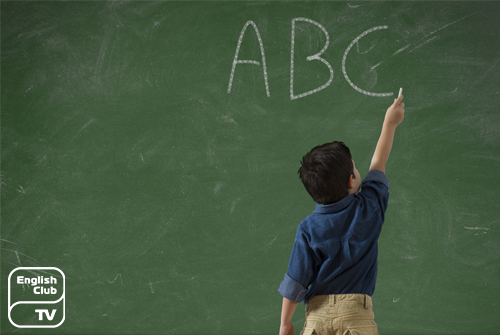 It is a well-documented that the best time for studying any second language such as English is during childhood. Children have a natural propensity to use the same skills to learning a second language as they do when learning their mother tongue. When there is a choice to select a second language, English is by far the most popular choice any parent will make as it is used commonly all over the world and is considered the lingua franca or international language of choice by many.

For parents who have chosen English as a second language for their children, the first question raised is how to teach English for kids. There are many choices available to parents aside of course from the traditional classroom or school. Parents themselves may choose to take a hand in the approach and be fully involved in this exercise, and can take it up the task of teaching their children English at home either independently of school or as an additional supplement to the child’s school syllabus with English for Kids video lessons.

Whichever the approach, parents are advised to use songs to introduce English to their children. Music is a fantastic teaching tool and is an excellent method of getting children to absorb the language as adding a melody is a proven way of enhancing the amount of learning absorbed by children. A particularly good example of this is the “Alphabet Song” which is an easy and proven way to teach children to learn the English alphabet. Parents may introduce them to more complex songs as the child’s learning progresses, such as the age old nursery rhymes and then the traditional children’s songs such as “Old McDonald had a farm”.

Parents may also use animated stories and images such as flash cards to teach children to associate objects to names thereby teaching children to identify objects in English. Once a child has progressed sufficiently parents can then turn to the internet which is a valuable resource for learning English for kids. One of the best online resources available to date is English Club TV, whose special section for children, known as the kids module is designed aimed specifically at kids aged 3 – 16. Offering programs such as “Word Party”, “Art Land”, “My Little World” and “Kids in Action”, which are designed to develop a child’s attentiveness and awareness of his or her surroundings and abstract thinking as well as improve vocabulary and develop memory and creativity. The ECTV kid’s module makes learning English a fun activity by way of its visually vivid and appealing educational cartoons as well as employing the latest educational practices in their teaching English for kids video.