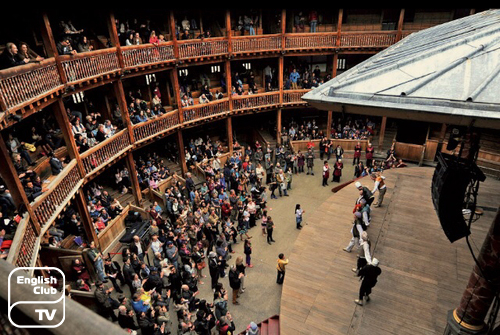 In London, theatres provide a viewer with vast range of theatrical displays: from modern art products to Shakespeare theatricals. The London theatre is the place to be seen and to see. It is no surprise that there are over 40 theaters in England that grab the attention of many theater-loving fans.

The Royal Exchange Theatre in Manchester – Popular for its first-rate classic and modern productions, the building was, initially, used in the cotton industry by the Manchester Royal Exchange in the 18th century.

Liverpool Empire Theatre – Its doors opened in 1925 and have the largest two-tier auditorium in England. Past performers and impressive repertoire set it apart from other theatres in Britain. Today, the theatre features many plays and operas. Don’t forget to look out for the ghosts often spotted backstage.

Theatre Royal in Newcastle – The British Theatre is a place where strange happenings are reported on and off stage. This theatre located in Newcastle upon Tyne bears no exception. Its weird happenings began in 1899 when a fire destroyed most of its interior after the performance of Macbeth. A 19th-century female ghost called the ‘grey lady’ is the resident ghost and is seen on and off stage.

London Palladium – Located on Oxford Street, it is one of the most popular theatres in the world. It opened in 1910 and had seen many famous performances and celebrities from around the world. Some its regular performances include the famous Fiddler on the Roof and Joseph and the Amazing Technicolor Dreamcoat.

The Theatre Royal Haymarket in London – Constructed in 1720, it is considered one of the most loved theatres in Britain. It’s the third-oldest theatre and has come a long way in its theatrical performance history and offers creative opportunities performances for young performers.

The Minack Theatre in Cornwall- This is a modern open-air theatre located in a gully with a rocky granite outcrop that protrudes towards the sea. The Roman amphitheatre-like auditorium features plays, dramas, musicals and operas by world-famous performing companies.

With its deep historical roots, England is a home to abundance of art and theatre.