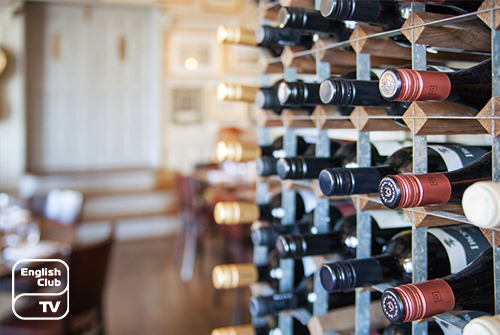 England is a small-scale wine producer when compared to the wine production of other countries. However, wine connoisseurs consider that English wines are of high quality as the wines that come from the top wine producing countries. Southern English lands are ideal for wine production in regions such as Kent and Sussex. Recently the climate in these areas proved suitable for wine growing thus evoking much hope of stable revenue among wine producers in England.

Altogether, England has over 450 vineyards and of these, the Denbies Vineyard, in Surrey is the largest with over 265 acres of vineyards. Another massive vineyard in England is Chapel Down Wines in Tenterden, Kent. Many wine producers operate in South Wales as well and according to related records, in 2005, Wales had over 20 vineyards, producing over 100,000 bottles of wines per year.

A hotel owner and chef Peter Gottgens produced wines in 2010 to sell to his customers at the hotel named Ardeonaig Hotel located in Perthshire in Scotland. According to history, Gottgens was the first to produce wines in Scotland. At first, he planted 48 grapevines and then 800. According to Gottgens, the biggest problem that Scotland faced when planting vines was a lack of good sunshine. An island of the North Isles called Unst, of the Shetland Islands, Scotland also produces wines. They are said to be the wines that come from the most northern part of England.

By 2009, England had over 1300 hectares of vineyards. According to records, the country had over 1500 HA of different types of sparkling wine, by 2012. It is also on record that the Seyyal blanc type was the most grown wine during this period. The next most cultivated variety was Reichensteiner placed next to Bacchus and Muller Thurgau. Today, England produces white wines mostly from verities such as Pinot Meunier, Dornfelder, and Pinot Noir. However, in the category of red wines, England produces only 5,083 Hl.

It is on record that most of the types of English vines grown by ancient farmers are now extinct. One of the types surviving even now is Wrotham Pinot, which is believed to be a sub-variety of Pinot Noir. According to history, the Romans introduced Pinot Noir to Englathannd. Wine produced with Pinot Noir contained much sugar, and it took less time to ripen. Today, quality sparkling wine produced in England come from varieties such as Pinot Noir, Chardonnay, Pinot Meunier, Pinot Gris, Reichensteiner, Pinot Precoce, and Pinot Blanc among others.

Now, the British people tend to drink the wine produced by them rather than foreign wines. However, England still imports most of the wines they consume. According to DEFRA, England’s production of wines is only one percent of what it needs and in 2000 England produced only four million bottles of wine. England saw a significant demand for her wine in the presidency of the Duchess of Cornwall at the UK Vineyards Association in 2011. Even higher was the high popularity of English wine during Queen Elizabeth’s Diamond Jubilee.