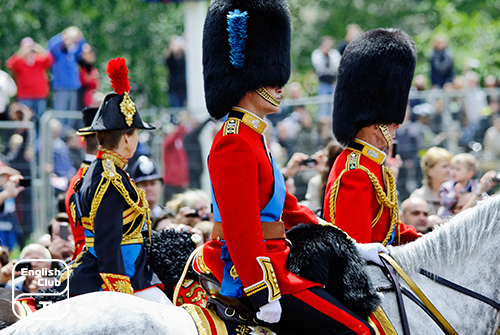 The ceremonial parade Trooping the Colour 2015 held in Great Britain is a tradition that dates so far back before the 17th century. There prevailed a custom in British history where the ensigns of a particular regiment were allowed to march between soldiers of their regiment while bearing the regiment’s colours. This practice aided soldiers in identifying their regiment in the battlefield and evolved into what is known today as the Trooping the Colour ceremony.

It was at the time of King Charles II that Trooping the Colour became an official practice among the regiments during state battles. In 1748, the traditional function of the parade was shifted to include one of the ceremonies which involved celebrating the reigning monarch’s birthday.

The ceremony got the proper role of celebrating the sovereign’s birthday following the accession of King George III in 1760. In King George IV’s time, the Trooping The Colour parade became in the annual event of international significance. Since the reign of King Edward VII in 1841, the monarch has personally acknowledged or has ‘taken’ the salute offered by the regiments during the parade. It was also King Edward VII who transferred the ceremony’s annual date to a Saturday in June, given the right weather conditions for that month, even though his actual birthday fell in November.

The Procedure for Trooping the Colour 2015

The procession begins with the Queen travelling from ‘Buckingham Palace’ down to ‘the Mall’ escorted by the ‘Household Cavalry’. She is then offered a Royal Salute, following which the inspection of regiments begins. During this phase, the Queen drives through the ranks of the Household Cavalry and the six companies of Guards.

A single foot-guard regiment troops its colour in annual rotation. This regiment is called the ‘Escort for the Colour’ during the parade. The Household Cavalry or the Sovereign’s Escort, as referred to on the occasion, marches by the Queen. She takes another salute from the saluting base at this point. The King’s Troops with their guns march at the forefront. The mounted troops follow behind in a trot past and walk past.

The Queen receives a salute of 41 guns at the ‘Green Park’ from the King’s Troop, upon her return to Buckingham Palace. She finally guides the Royal family members to the balcony at Buckingham Palace to view a fly-past by the ‘Royal Air Force’.

For 36 years, the Queen attended the ceremony by mounting a stallion, riding side-saddle. She also wore the uniform of the trooping regiment. It was in 1987, that she chose to ride by carriage, following the 1981 incident of Marcus Sarjeant, who fired six blank rounds at the Queen from a revolver during the parade.

Over a thousand office bearers take part in the ceremony. The horse count amounts to something around two hundred. Around 113 command words were spoken during the parade of Trooping the Colour 2015. 400 musicians including the corps of drums provide the Musical assistance for the event. Trooping The Colour is broadcasted live in Britain, Belgium and Germany.