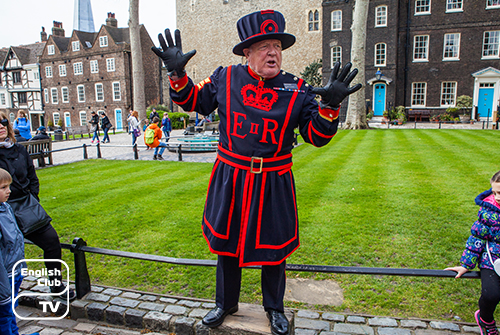 Yeoman Warders are distinctly associated with the ‘Yeomen of the Guard’ – Royal bodyguards and are responsible for maintaining the security of the Tower of London. Their tasks traditionally include attending to any available prisoners and protecting the Crown Jewels of the British Sovereign.

At present, they guide tourists through the Tower, explaining the historical significance of the items on display. Popularly nicknamed ‘Beefeaters’, the Yeomen Warders of the Tower are a symbol of British culture and they also serve as a tourist attraction. The origin of their name ‘Beefeaters’ is ambiguous, though some suggest that they were titled thus because they were invited to eat as much beef as they liked off the King’s table.

History of the Yeoman Warders

The first monarch of the Tudor dynasty, King Henry VII, established the Yeomen Warders in 1485. When King Henry VIII shifted his official royal residence from the Tower of London, he left behind 12 Yeomen Warders to attend to the Tower, which remained a royal palace, thereby allocating them their traditional duties. In recognition of their Tudor origin, the ‘Tudor Rose’ remains a part of their official badge.

The Uniform of the Yeoman Warders

Flamboyantly dressed, their ceremonial robes and work uniforms are iconic British symbols. Their formal attire, ‘Tudor State Dress’ is very much similar to that of the ‘Yeomen of the Guard’. Scarlet and gold, their tunic comes up to their knees. A hat, called a ‘Tudor bonnet’ adorns their heads. A white neck ruff, introduced by Queen Elizabeth I, completes the attire. The Yeomen of the Guards can by distinguished by their cross belt on their left shoulder.

The emblems of England, Scotland and Ireland; Rose, thistle and shamrock are present on their uniforms. In addition to those, the initials ER are present on the chest of the tunic. They stand for ‘Elizabeth Regina’ (Queen Elizabeth in Latin), about the present Queen; Elizabeth the Second.

The general attire of the Yeoman Warders is dark blue and red as granted in 1858 by Queen Victoria. This attire also bears the initials of the Queen.

How to become a Yeoman Warder

Although at present, Yeomen Warders serve as historians at the Tower, this position is granted only to soldiers of the armed forces who have maintained an honourable record for 22 years. They must also be recipients of the ‘Long Service Good Conduct Award’. Yeomen Warders currently serving at the Tower have served in the ‘Falklands War, Northern Ireland, Bosnia, Afghanistan and the 1st and 2nd Gulf conflicts’.

The Yeoman Warders, as well as their families, live inside the Tower fortress. They have to pay taxes and rent and should own a house to live following their retirement. There is a resident chaplain, doctor, Governor and officers at the Tower, along with the Yeomen Warders and their families.

In 2007, July 1st, ‘Moira Cameron’ was appointed as the first female Yeoman Warder. A Class 2 Warrant Officer, she had joined the army at 20 years. She was 42 years old when she joined the Yeoman Warders.