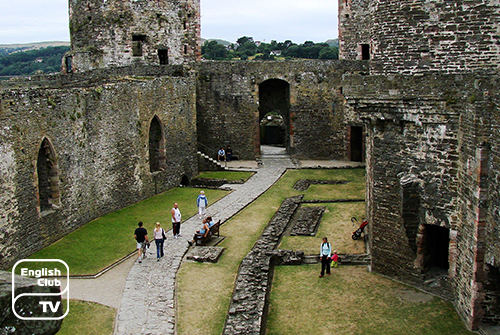 The Berkeleys built the Berkeley Castle in the 12th Century. Since then, many Berkeleys inherited the castle and added parts to it or renovated the castle from time to time during their victories and abandoned it during their defeats or fortified it to face the revolts against them. The castle shows genuine and fascinating historical facts which attract historians as well as laymen to the castle to study its lineage. The first castle came to exist in 1067 when William FitzOsbern won the battle. Three generations after that they inherited it until the 12th century. In 1152, Roger de Berkeley lost the ownership to the castle since he took the side of the House of Plantagenet during the period of Anarchy.

Berkeley Castle and the Steps taken towards the present

After that, Robert Fitzharding, a Plantagenets supporter received the ownership of the castle. The current owners of the Berkeley Castle descended from him. King Henry II granted the royal charter to Fitzharding in 1153-54 and asked him to protect the Welsh border from the enemy. He built the castle where the present castle now stands. Robert, another Berkeley, built the curtain wall during 1160-90 and Maurice fortified it. In the 14th century, Thomas de Berkeley added many of other parts that exist today, to the castle. Some of them are Thorpe’s Tower, Gatehouse, and the inner bailey.

The Famous Historical Treasures of the Berkeley Castle

Except for the Windsor Castle and the Tower of London, the Berkeley Castle holds the record to continuous occupation by the royalist lineage. The bed used continuously by members of one family throughout centuries in the UK lies in this castle. The Berkeley family also owned another castle called Spetchley Park near Worcester since 1606. Today the Berkeley Castle Charitable Trust manages the castle apart from its private areas which hold only fifteen percent of the castle. The Norman building of the castle was under renovation through a fund that was commenced in 2006 to collect £5.5 million.

Berkeley Castle and the royal enactments

The Berkeley family has inspired authorities to name two royal ships and a great locomotive after the name of the castle. It has also inspired to produce a range of British TV series such as the Ghost Hunter and the Other Boleyn Girl. For local and foreign visitors, the castle management organises many entertainments including the enactment of historical events at the castle. The arrival of the Tudors to the castle with King Henry VIII and his queen, Anne Boleyn is enacted every year at the castle. Another good day to visit the castle is during the Easter weekend which falls on April 14 and prevails till April 17. The castle will be the roaming place of many puppet dragons during this period. Another fantastic day to visit the castle is St. George’s Day, which falls on April 23.

Berkeley Castle provides much fun for children and families alike

The castle management offers guided tours for families. The guides are available for school and holiday tourists during weekdays, weekends, and government holidays as well. Children can participate in role playing events dressed in traditional royal costumes which the castle management will provide on request. They can dress in the exact royal costumes of the Berkley family and enact the role of the king and other royal members for fun. The butterfly house of the castle attracts thousands of children along with their families to witness the different life stages of butterflies amidst numerous species of plants and insects.