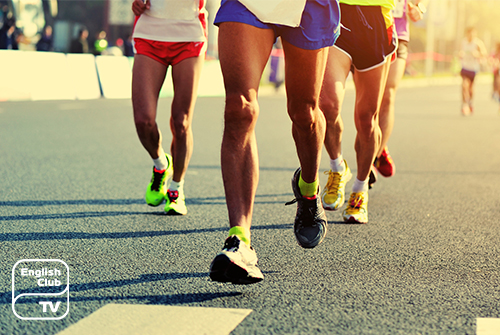 First held on March 29, 1981, the London Marathon has since been a major tourist attraction in London. Today the event takes place as a part of the global major marathons. Now, Virgin Money – an independent financial service available in the UK, Australia, and South Africa sponsors the Marathon in London. On April 2016, the world witnessed the globally acknowledged marathon taking place in London.

The London Marathon and its History

The history of the marathon highlights that Chris Brasher, the former Olympic champion athlete and journalist, and John Disley, an athlete, had founded the marathon. The son of the late co-founder, Hugh Brasher now holds the post of Race Director while Nick Bitel acts as its Chief Executive. The River Thames is the starting point of the race each year, but at three points and the race finishes at the St. James’ Park. The route has not changed, but for a few times due to some construction work along the way in 1982, taking the finishing post to Westminster Bridge. At present, it is at The Mail.

London Marathon and the IAAF

The London Marathon follows the standard that the IAAF set in 1921. The participants of the marathon majors have to run 26 miles and 385 yards. The IMMF set this standard for the 1908 Olympic games in London. Many celebrities also take part in this world-renowned marathon. Since 1981, the organisers has raised over £450 million for charity work through the race. Therefore, the race has set a Guinness record by being the largest fundraising event in the world. Every year, the race funds a different charity and in 2015, the Cancer Research UK became the beneficiary of the event.

The Winners of the London Marathon

The inaugural event held on March 29, 1981, saw 7,741 participants. Of the many competitors, as much as 6,255 of them finished the race. Dick Beardsley, an American, and Simonsen, a Norwegian, reached the finishing line simultaneously in 1981. They finished running the race in 2 hours, 11 minutes and 48 seconds. Joy Smith first won the first female race in 1983. Gordon Perry, a Britisher, won the first wheelchair London Marathon while Denise Smith clinched the first place in its female sector.

Another famous marathon held in London is the Polytechnic Marathons. It had been in the fold with London Marathon up until 1996. However, as the London Marathon became popular, Polytechnic Marathons faded from the scene. The bombing at the Boston Marathon on April 15, 2013, and the ensuing shooting on April 19 in the same year, resulted in beefing up security for the 2013 London Marathon. However, the organisers reportedly received many threats which they looked down by holding the race, after all, the organisers, participants and viewers observed silence for a few minutes to honour those affected by the bombing and shooting in Boston.

The BBC reports, broadcasts and telecasts the event every year, and Ron Goodwin supplied the theme music for the last event. The race consists of four categories: Elite Male, Elite Female, and Men and Women Wheelchair and Mass Race. Record wise, Khalid Khannouchi from the USA set the first world record in the men’s marathon category in 2002 (2:05:38) and the next year, Paula Radcliff from the United Kingdom set the women’s record (2:15:25). But the IAAF changed hers to a ‘world best’ status because she set it in a mixed race. However, it was later accepted as a world record. Kurt Fearnley from Australia set the Men’s Wheelchair Race in 2009 and Tatyana McFadden from the USA set its female world record in 2013.