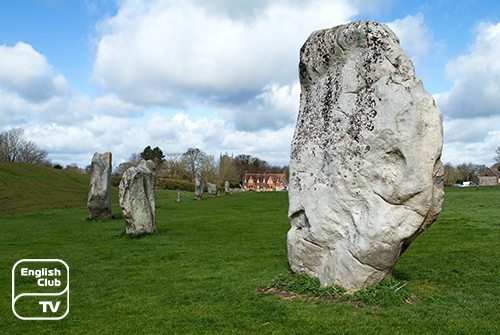 Take a step into Neolithic Britain at Avebury, Wiltshire. It is home to three stone circles comprising of over 100 large stones surrounded by a stone Henge placed around the Avebury village. The Henge is a great circular bank and surrounding it is a ditch which has four raised entrances. The inner stone circle comprises of upright stones. The two other circles within it also include a striking feature central to its circle. There is a stone avenue which follows a path to the ‘Sanctuary’ circle of stone on Overton Hill.

Declared a World Heritage Site, the Avebury Stone Circle attracts many tourists and is of a profound religious significance to contemporary pagan visitors.

History
The construction of the Avebury Stone Circle and Henge is believed to have been in 2850 BC. It has since undergone many changes until around 2200 BC. It is the most ambiguous and complex Henge of all, in Britain from the Neolithic period.

There isn’t enough factual evidence to determine the exact date of construction or to identify the stages of the building process. Recent aerial and geographic findings suggest the said year. They also imply that many more advanced features were available within the enclosed space of the Henge and stone circles. Some evidence suggests that there may have existed timber circles before the construction of those in stone.

It is also believed that the monument may have served a ritualistic purpose both as a ‘theatre’ to view rituals from or simply as a location to carry out the religious ceremonies. These rituals are expected to have been in that civilisation’s relationship with God, the transition of political or spiritual authority, exploring the community’s beliefs about nature and the world, etc.
During the medieval age, the Stones were both destroyed by those who considered it a pagan site of devil worship. Some others were removed to clear space for buildings and agricultural lands. In 1930, the owner and founder of Keiller Marmalade bestowed a fortune upon recreating the Avebury Stone Circle and Henge to their former glory. He cleared out all buildings and farmlands in the area and returned most of the stones to their original locations.
Interesting facts
The Sarsen stones of the circles have a notable and exciting feature on them. Holes that tunnel into the stones, some about a meter or so long were found on the huge rocks. Though there are various versions of scientific explanation for their presence, their purpose and origin remain a mystery.
The stones are also decorated with rather intricate patterns drawn by lichens, some of them relatively rare. Scientists believe that they may be descendants of the original organisms that inhabited the stones during the Neolithic age.
Among the visitors to Avebury Stone Circle, there have been many who have spotted faces carved into the stone like those on Easter Island. While some argue that this may simply be a trick of the eye, others suggest that the faces belong to the original creators of the Avebury Stone Circle.