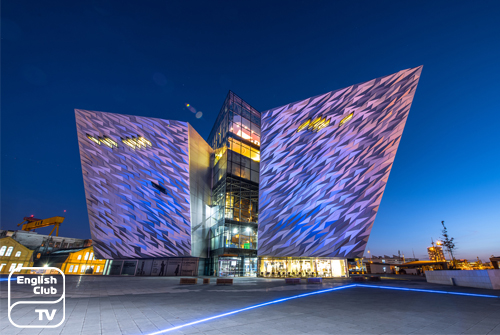 Belfast is the city of friendly and hospitable locals with many attractions. Besides, it is the largest city in Northern Ireland, which is the reason why many tourists decide to visit this city and capital. It was once a shipbuilding hub and the birthplace of the Titanic has a lot to be proud of and here are some exciting ideas to help enjoy your Belfast holidays.

Titanic Belfast – This place pays tribute to those who lost their lives when the Titanic sunk in 1912. The center features an interactive portal about Belfast’s industrial heritage and the history of the Titanic, with the opportunity to explore the seabed for the wreck. The ship’s cabins and staircases have been recreated and offer visitors the chance to enjoy a champagne and tea.

Belfast City Hall – An awe-inspiring masterpiece of Portland stone and features a well-manicured lawn. This civic building of Belfast City Council inaugurated in 1906 is one of the important reminders of the Classical Renaissance era, with its stunning architecture, monuments and memorials.

Ulster Museum – Meet a dinosaur or a 2500 year old Egyptian Mummy up close and see some modern art, ancient relics and other masterpieces that are featured in a single venue and spread out over seven floors. It’s Northern Ireland’s treasure house of the past and the present. The museum features a vast collection of art, history and natural sciences.

Belfast Castle – Located in Cave Hill, it is situated 360 meters above the city, which makes it an excellent venue for a wedding or family celebration. A castle has been in existence since the 12th century and was given a facelift at different intervals while the present structure dates back to 1870.

Stormont Parliament Buildings – This is the home of the legislative arm in Northern Ireland, the Northern Ireland Assembly, and established under the Belfast Agreement 1998. No visit to Ireland is complete without seeing this controversial landmark and iconic building, built in 1921.

Crumlin Road Gaol – This former prison was closed down in 1996 and has been transformed into a museum and conference center located in the vicinity of the city center. Visitors can catch a glimpse of the prison wings, tunnels to the courthouse, execution cells, and find out even more about what’s been going on behind its walls. During its 150 year existence, the Gaol has housed notorious criminals, murderers, loyalist, republican prisoners and seen events such as births, deaths, marriages, escapes, executions, and riots.