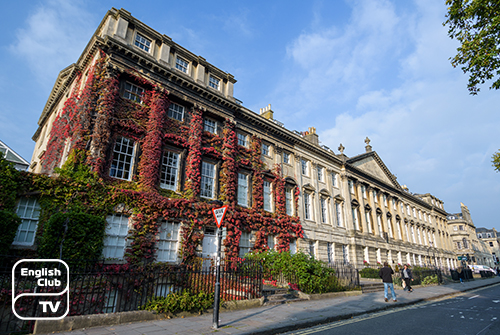 Situated in Somerset, England, popularly known for its Roman-built baths, Bathcity stands recommended as one of England’s most beautiful places to visit. Attractive architecture makes it a fabulous and undoubtedly one of most visited tourist destinations.

Bath City has its place in history and culture since the eighteenth century. Contributing to the colourful history that surrounds Bath City are many famous residents and visitors, which is why Bath is known as one most visited cities in Europe. Some great architects and builders have made Bath one of England’s leading and beautiful cities.

Bath was in its prime in the eighteenth century, when Ralph Allen a local businessman together with John Wood the Elder and his son who were architects, turned this sleepy backwater into the toast of Georgian society by constructing the remarkable Circus and Royal Crescent. The hot springs situated within the city were considered by the Celtic goddess Sulis to be sacred. The Romans identified her later to be the goddess, Minerva.

The buildings were constructed using the gold-hued Bath Stone at Bath city with many of them dating to the eighteenth and nineteenth centuries. Georgian architecture remains the dominant style of construction in Central Bath.

The baths at Bath city are thought to be six metres (20 ft) beneath the current street level of the city. The Roman ruins of pillar bases, baths, and parts of constructions of foundations, can still be seen in the region of the hot springs are, however, the entire stonework over the baths dates to more recent times.

Employees in the development of the city came from many well-known architects at the time. The honey-coloured classical façades conceal the original function of a great deal of Bath’s structural design in an age previous to the dawn of luxury hotels, these it appears that stylish residences were often purpose-built houses.

Bath city and its nearby spectacular countryside offering visitors an assembly of unusual sights to see ranging from majestic homes and grounds to the remarkable Stonehenge. Bath city is proud of its exclusive and wide choice of restaurants, excellent shops, theatres, businesses and pubs and an extensive selection of tours. A visitor will find accommodation within the city or around the vicinity that includes Guest Houses, the best Hotels, Bath Farm Inns, Self Caterings, and Bath B&B’s.

The main attractions of Bathcity are The Roman Baths, The Pulteney Bridge and the Pulteney Weir, and Bath Abbey, Sally Lunn’s Refreshment House, The Royal Crescent, The Great Pulteney Street, Sion Hill, and the Museum and The Walcot Street. Additionally, the Parade Gardens, Victoria Park and the Sydney Gardens could be well suited for summer activities.

Significantly, Bathcity is the only place in Britain where you can bathe in natural hot waters. Bathcity is still an amazingly beautiful city with a range of attractions, and the whole town listed as a UNESCO world heritage site.

Visitors to Bathcity will enjoy a once in a lifetime experience through an English Heritage of the eighteenth century, coupled with natural hot water baths and impressive sights.

The food, accommodation and travel could be well planned and budgeted according to the requirements of the visitors, not forgetting education, sport and leisure attractions that are most evident at this impressive place, the Bathcity.