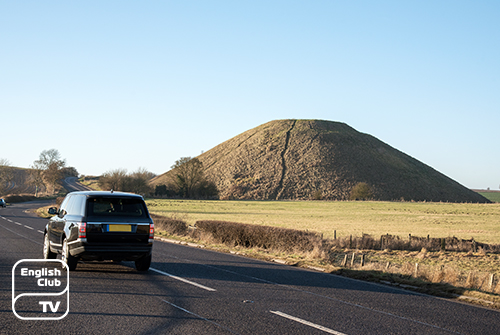 Silbury Hill still holds fame as the highest human-made mound in Europe. It lies in Wiltshire, a country in England. UNESCO declared the mound as a world heritage site for its historical and nature values. The hill rises 129 feet tall and resembles an Egyptian pyramid. It shows an affinity to Neolithic structures in the Avebury area such as West Kennet Long Barrow and Avebury Ring. However, the reason for its creation is not known to date.

The Clay and Chalk of Silbury Hill

The Silbury Hill made of mainly clay and chalk. The raw material was said to have taken from the suburbs. The monument sprawls over 5 acres of land, which was said to have constructed between c2400 and 2300 BC. It shows the expertise of architecture and labour management at the time. According to archaeologists, 18 million of working hours had been spent to build the mound. It is, they say, about work of 500 people done throughout fifteen years.

The circular foundation of the hill runs diametrically 167m, and the top covers over 30m. Historians argue that the purpose of building such a monument may have included security reasons. The first stage of the construction took chalk and earth and the second stage saw placing more chalk on the top with the material taken from nearby pits. During 1680-1682, a historian called John Aubrey published several notes about the hill on an excavation carried out at the site. After that, William Stukely pointed out that he discovered a skeleton and a bridle when he was planting some trees on the top in 1723.

The Cornish miners of Silbury Hill

In 1776, Cornish miners excavated the site led by the Duke of Northumberland and Col. Edward Drax. They used a shaft for their excavation. Again in 1849, another group of excavators dug a horizontal tunnel from its edge to its centre. In 1867 and 1886, several other excavations were reported to have taken place at the mound. After World War I, Flinders Petrie made an inception tour at the summit and in 1968 and 1970, Prof. Richard J.C. Atkinson engaged in the investigation there which BBC broadcasted at the time. He succeeded in revealing the tunnel digging as having taken place in 1849.

The collapse of Silbury Hill

In May 2002, heavy rains resulted in the break-up of an excavation done in 1776. The authorities prohibited the public from visiting the place for safety reasons. After that, English Heritage found antler remnants from the top during their two small excavations. The English Heritage revealed that the site contained a village with houses and streets that belonged to the Roman era . In May of the same year, Skanska, a contractor company, under the initiative of the English Heritage, filled the tunnel with chalk.

Survey of the Silbury Hill

During this time, a new survey was also carried out using modern equipment. They succeeded in completing the survey in 2008 and found new evidence of importance to the mound. Edward Drax in 1776 wrote letters about his excavations on the site, which the British Library found them in their hold in 2010. Silbury Hill provided posterity with few artefacts but only gravel, mistletoe, moss, clay, chalk, ox bones, and antler parts. Also found were the items belonging to the 19th century, which suggested that people of the modern era may have occupied the area.