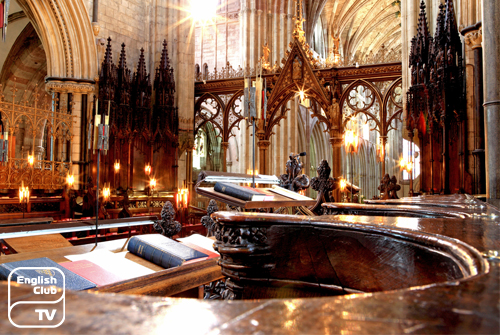 The official religion of English society is Christianity with the main denomination being the Anglican Church. However, religious laws in the country are complex, diverse and multicultural. Christianity is the most practiced religion in England. It has a minority made up of an active small Catholic Christian group. There is also a Jewish population along with other major religions in the world. The Asian immigrants practice Islam and have a reserved view on equalities and freedom available to women.

People who practiced Paganism in ancient times would believe in multiple gods than one Creator. These religious beliefs included Roman and Celtic polytheism, and Norse paganism. It was the Anglo-Saxons who brought these religious beliefs to England. While Christianity has many denominations, Christians in England align themselves to Anglicanism, Methodism, Roman Catholicism, Pentecostal, Eastern Orthodox and Oriental Orthodoxy.

The Romans introduced Christianity to Great Britain upon their arrival during the 200s and 300s CE or the Common Era. The Romans left behind the Christian culture that revived once again upon missionaries arriving from Europe and Scotland. After that, cathedrals and exquisite churches were constructed in the next few centuries standing tall today as a reminder of the country’s religious ancient roots.

The Anglican Church was inaugurated in 1533, through the break of the Roman Catholic Church, during Henry VIII’s reign as King. The King wanted a divorce as his wife only bore him two daughters, and he desperately wanted a son. As the leader of the Church of England, he was refused permission by the Pope to divorce. He then formed his church and translated the Bible into English. The Protestants came about as a result of King Henry’s anger at the Pope. Soon after, England went back to being a Catholic country during Queen Mary’s reign in 1553. She turned the country back into Catholicism and burned the Protestants that refused to change. When Elizabeth became Queen in 1558, she once again turned the country into Anglicanism. England has since been an Anglican country with Anglicanism being the official religion.

Islam is an ancient religion that made its presence to the country a few hundred years back. Practiced worldwide, Islam is only second to Christianity with an extensive base of believers.

Judaism, first introduced to Great Britain in 1066 CE, was banned during the period of 1290 and 1656. But today, it boasts a large proportion of believers worldwide.

Hinduism came from the sub-continent namely India. Since India gained independence in 1947, thousands of Hindus migrated into the country. The religion began spreading waves throughout the United Kingdom during 1947, 1970, 1990 and to the present day.