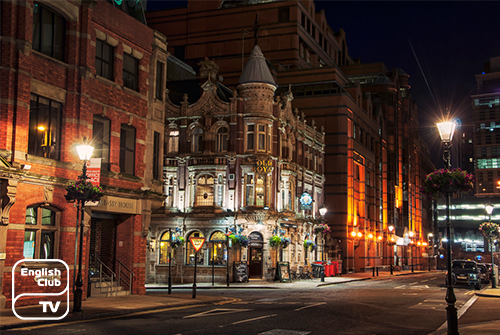 Outside London, in the UK Birmingham is the largest and most densely populated city, with population numbers mounting over 1.101 million in the year 2014 alone. It is also the second most populous metropolitan area in the United Kingdom, supporting a population of well over 3.8 million. Thus Birmingham takes the ninth position among the most populous cities in Europe.

How Birmingham grew over the years

During the medieval period, in the UK Birmingham was an average-sized market town. In the 18th century, the city became the centre from which the ‘Midlands Enlightenment’ developed, acquiring its international fame. During the subsequent ‘Industrial Revolution’, the city was at the forefront of scientific advancement and technological development. Some innovations produced in Birmingham greatly influenced the creation of the present day ‘Industrial Society’, most famous for all being the invention of the steam engine. It led to the city being titled ‘the first manufacturing town in the world’ by 1791.

The increased social mobility caused by innovations in Birmingham paved the way for political radicalism to spread throughout the UK. This movement significantly affected the development of Britain’s democracy, making Birmingham a highly influential and prominent city in Great Britain. The city, however, was bombed in the 1940s by the ‘German Luftwaffe’. This incident, known as the ‘Birmingham Blitz’, damaged the town to a great extent, and demolition policies brought up by planners in the following years were equally destructive. The city thus underwent much redevelopment in the coming years.

Much of Birmingham’s economy today belongs to the ‘service sector’. The ‘Globalisation and World Cities Research Network’ categorises Birmingham as a ‘Beta world city’ which makes it an important node in the global economic system. Outside London, Birmingham is the largest centre of higher education in England, being home to six leading universities in the country. Birmingham is, at present, the fourth most visited city in the England by international visitors.

For all those chocolate lovers out there, ‘Cadbury world’ is the ideal location to visit. Run by the ‘Cadbury Chocolate Company’, ‘Cadbury World’ in the UK Birmingham is one of the only two in the world, the other being in New Zealand.

Visitors can view the making of their favourite Cadbury products or take a ride in the ‘Crunchie Rollercoaster’. Experience the Cadbury world in the 4D cinema with motion seats and tour the 14 different zones available on site.

Complete with a state-of-the-art planetarium, ‘ThinkTank’ at Birmingham is a four-floor museum with over 200 exhibits, ranging from aircraft to engines. It receives around 1 million visitors per annum.

It is an aquarium which houses over 60 species of marine and freshwater creatures in Birmingham and the UK in general. It also has the only fully transparent 360-degree underwater tunnel in Britain.

The Museum of the Jewellery Quarter

A museum built around a well-preserved jewellery workshop, visitors can witness the moulding techniques of precious metals here and the history in the UK Birmingham’s ‘Jewellery Quarter’.