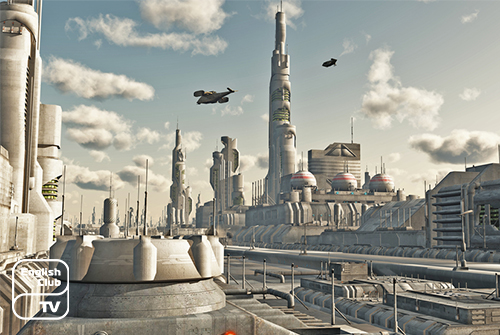 The city of London has contributed to the UK as well as to the entire world in numerous ways for centuries. It is one of the leading cities of commerce, technology, literature, and health amongst others. Going by the past and present achievements of the City of London, one can expect its future splashed with many surprises and advancements for humankind.

Against this backdrop, London will see the first phase of the Zero Carbon Policy taking place, from October 1, 2016, and its mayor will soon receive the plan to carry out its Stage 1 in this regard. The Greater London Authority has already introduced its London Housing Supplementary Planning Guidance and Energy Planning Guidance for residential developers to meet the low carbon emission targets set by the authority for the future.

The transport system of the London City is also going to change in supporting this plan. Many transportation projects are on the cards that will address the carbon emissions issues. Accordingly, the transport authorities of London will make London a city that sees over a million transport journeys in addition to what it sees in the city and suburbs today. By developing infrastructure in London and its suburbs, the authorities expect to achieve their targets for the development of future London.

To boost the transport sector with a futuristic view, the Regent’s Canal will be cleaned and filtered thus providing a new way of getting to work by swimming. In fact, commuting across the water is a new global vision where people can reach a considerable distance without using mediums that pollute the environment. Moreover, a garden bridge will be established for pedestrian over the Thames. This scheme is now in the consultation phase, according to designers Zaha Hadid, and Joanna Lumley.

Also, plans are underway to restructure the Southbank Centre with a floating pavilion made of glass as well as spacious public areas. Once this progress is complete, it will be an amazing land mark of future London. Moreover, sky cycling routes will be built thereby providing easy access to the City’s significant locations. These sky-cycle routes will go over the existing road network. There is a plan by Siemens to introduce robot driven trains as well.

Another fantasy plan for the future London City is the Lilypad City projects that architect Vincent Callebaut from Belgian, suggested. Accordingly, there is a chance that the Thames will witness new floating islands with suspended compounds and a rainwater purification system. Moreover, it is said that Amazon is going to deliver packages to its customers by drones in the future.

Meanwhile, the future education in London will also see positive changes. The Secretary of Education, Nicky Morgan, in one of her recent speeches about the future of education in the city said that the government is to enable everyone to excel in their part of education. She stated that in the future, Whitehall will not direct the system like they did in the past. Instead, they will ensure that every party to education gets the facilities they need in their journey to success.

The London City is estimated to number 11.27 million of people by 2050. Therefore, plans are now afoot to provide them with a state of the facilities in every sector of education, transportation, houses, infrastructure, and technologies and so on. As at present, and in the future London will be one of the great global cities that will lead the world.