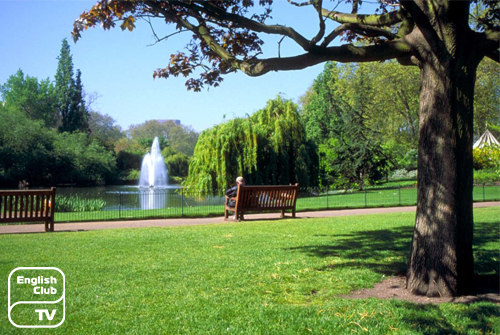 Hyde Park is one of the Royal Parks in London. It sprawls over 350 acres of land and houses many important locations of London such as Princess of Wales Memorial Foundation, Speaker’s Corner and Serpentine Lake. History tells that monks of Westminster Abbey had offered Hyde Park to King Henry VIII in 1536. The Kings and his associates used the park for deer hunting until King James I came into power and lifted barriers to entering Hyde Park by others in limited numbers.

During the era of Queen Victoria, a great exhibition was held in Hyde Park in honour of Queen Elizabeth being on the throne for 25 years. The Scuffle between the police and Edmund Beales’ League broke out in 1866, and it resulted in the enforcement of the order of Prime Minister to the effect that anyone can speak about any subject at the Speaker’s Corner of the Park. George Lansbury founded the Lido in the park in 1930.

Many come here to engage in boating and rowing in Serpentine Lake. There are pedal boats for hire in the park, and some take rides on the solar shuttle that is the first of that kind in the UK. Swimming in the lake is another favourite activity of everyone who visits Hyde Park. Serpentine Swimming Club enjoys hundreds of memberships at present. It organizes swimming races on festive days.

Playing tennis, and lawn bowls, and taking part in other sports activities is a common sight in Hyde Park. The Hyde Park Tennis and Sports Club provide gears of sports for a fee to those who want to engage in sports activities. Hyde Park has a recreation area for elderly people.  Senior people can participate in exercises with six sets of exercising gear.

On the southern boundary of the park, Hyde Park Playground lies. There are many fun features on the playground that provide fantastic views of the Serpentine Lake and avenues skirted by trees. For those who prefer playing football, Hyde Park boasts of an old football field on the south side.  The football pitches are provided for a fee by The Will to Win Tennis and Sports Centre.

Horse riding is another popular fun activity in Hyde Park. The park also has horse riding tracks called the South and North Rides. The park hires deck chairs starting from March to October. Relaxing, reading, conversing with each other on deck chairs are a common sight during this season in Hyde Park.  At any given time, large numbers of people can be seen engaging in numerous activities in Hyde Park.  The Hyde Park is, in fact, one of the greatest landmarks in England.