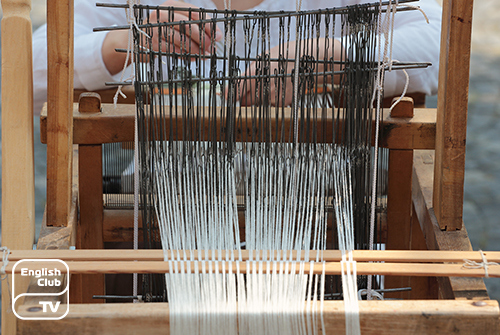 The spinning jenny is among the pioneer inventions of the Industrial Revolution. James Hargreaves invented it in the year 1770.

Background and Development of the spinning jenny

Britain was rapidly engaging in Industrialisation by the turn of the 19th century. Factories and machines replaced farmlands and mass production was required to satisfy increasing demands for products. The textile industry was equally affected by the changes of the period.

A century ago, in 1733, a man by the name, John Kay produced an invention which had a marked impact on the textile industry. The ‘Flying Shuttle'; this machine managed to reduce the human input required to make a particular length of cloth, from two to one. Although it took 27 years for this device to become a part of the mainstream textile production, it eventually became the main loom architecture of that time.

While the Flying Shuttle made work much easier, it also brought with it a new problem. Factory workers no longer had enough thread to use in the looms. Spinners could not keep up with the demand which increased to twice as much of what it required before the invention of the Flying Shuttle.

The solution to this problem came in the shape of the ‘Spinning Jenny’. James Hargreaves was, at that time, a carpenter and weaver in Lancashire. He designed a machine to increase thread production, in spite of being illiterate.

A spinning wheel could only operate on a single spindle at that time. James Hargreaves decided on a structure which allowed him to increase the number of spindles which could be handled using a single wheel. The spinning jenny spun thread on eight spindles at a time. He later improved it to support 120 spindles.

Patenting and Obstacles faced by the spinning jenny

Most of rural England consisted of farming families. In the harsh winters, they turned to cottage weaving or joined textile factories to avoid starvation. While industrialisation increased the demand for human labour, the mechanisation of tasks cut off the necessity for the workforce. Most factory owners found it more economical to invest in a machine and a few labourers than to operate on a laborers-only basis. Workers, therefore, considered new inventions a threat to their livelihood.

There were groups called ‘Machine Breakers’ who went to desperate measures to destroy any new inventions. They broke into James Hargreaves’s house at one point and destroyed the machine he was building.

Hargreaves was not discouraged by the incident. He reconstructed his machine and continued to experiment with it, eventually naming it after his wife as the ‘Spinning Jenny’. In 1770, he managed to patent his machine, which was gradually mass produced for use in factories.

The original design of the spinning jenny was intended for domestic consumption. Small, light and cheap, it did not require a great deal of strength to operate and thus became popular among women. The thread it produced, however, was not of excellent quality. The spinning jenny inspired the creation of the modern sewing machine.