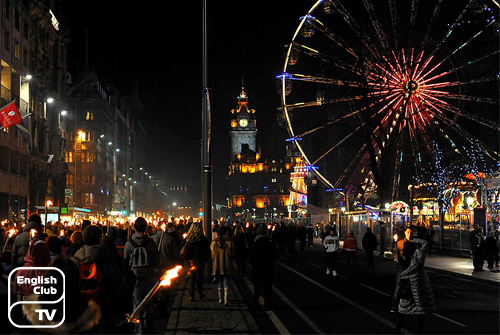 Holidays are ample in England. In addition, a year brings a dozen of major competitions, celebrations and other reasons for festivities in England. However, the major holidays in England are during the Christmas season in winter. Christmas is celebrated on December 25th every year. England starts celebrating Christmas very early and their festivities last to the very late. During the season, Christmas trees provide much attraction at every mall, all the supermarkets and residences. Visitors can view the most famous Norwegian Christmas Tree on Trafalgar Square.

Boxing Day, which is on the 26th of December, is a bank holiday in England. If it falls on Saturday, then the following Monday is observed as a bank holiday. However, the following Monday and Tuesday are bank holidays if Christmas Day falls on Saturday. Many organizations and schools are also closed during this period. Some may even close for the whole week between Christmas and New Year. This traditional holiday after Christmas has been celebrated for over 800 years. Its origins are obscure with some believing the Romans started the practice and yet others thinking it used to be a holiday for servants who worked on Christmas day and expected to receive their Christmas boxes then. People prefer visiting relatives and friends this day. Shopping, walking, and sports are among the popular activities on the Boxing Day Holiday in England.

Another favourite holiday is a few days after the Boxing Day. New Year’s Eve arrives on the 31st of December. While almost everyone throughout the world celebrates the New Year Eve, people in England party throughout the night. Fireworks illuminate the sky all over the country. World famous Big Ben bell chimes at midnight, heralding the New Year.

On the 1st of January, New Year Day, the London Parade takes the streets. Being off from duties, almost everyone in London gathers to witness the parade, and festivities continue along the streets. As January fades, the youth as well as the elders look forward to celebrating yet another holiday, St. Valentine’s Day which is on the 14 of February. This day friends and loved ones exchange greeting cards and other mementos as an expression of their love towards each other.

Other major winter holidays include Pancake Day or Shrove Tuesday, which falls on different dates. This day people make a lot of pancakes. There are pancake races held in England as a part of celebration. Another holiday is Ash Wednesday, which marks the beginning of the season of Lent. Mother’s day is also celebrated in winter though the date may change. In England, Mother’s Day is three weeks prior to Easter Sunday.

Public holidays in spring include Palm Sunday, Maundy Thursday, Good Friday, Easter Sunday and Easter Monday. The dates are varied according to the Lenten Calendar. The 8th of March is known as International Women’s Day, promoting respect to women and equality of men’s and women’s rights. After that, on the 1st of May, Labour Day is celebrated. The day before the Mayday is also a holiday in England. The 1st of June is Father’s Day. There is also Summer Bank Holiday on the last Monday of August.

In autumn, on the 31st of October Halloween is celebrated. People take the opportunity to dress up in ghoulish attire and children go around with their friends collecting sweets, calling out “Trick or treat.”   The 5th of November, known as Guy Fawkes Night or Bonfire Night, is the commemoration of the foiled Gunpowder Plot, which occurred in 1605. A day is celebrated with fireworks. The 11th of November is the Remembrance Day or Poppy day. British spend this day commemorating the fallen heroes of World War I and II.