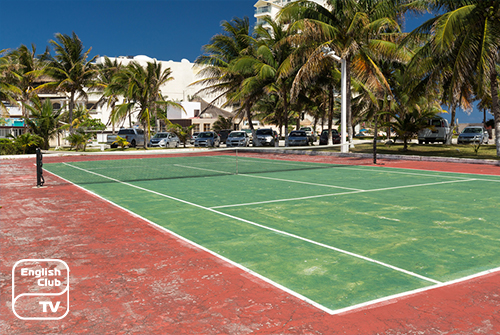 Wimbledon lies in close proximity to London. First played on the grounds off Worple Road, Wimbledon, is where the first Tennis tournament consequently took its name. First held on the 9th of July, 1877, and since then it has caught the attention of millions of sports fans. It is an annual event with the tournament starting at the end of June, and ending in the first two weeks of July. With the competitors meeting at the All England Club, a Wimbledon Tennis Tournament takes two weeks to complete. The Tournament commences before the start of the Australian Open and French Open Tennis Tournaments. Unlike Wimbledon, which is held on a grass court, the Australian Open and French Open Tennis Tournaments take place on hard courts.

The first tournament held in 1877, saw Spencer Gore becoming the champion of Singles Title of the men. About 200 fans were said to have had enjoyed watching the final match of the tournament. They each was supposed to buy a ticket by paying one shilling to enter the grounds. Even though many other sports activities took place at the venue before the tournament, the club decided not to hold any of those events, but only the Wimbledon lawn tennis championship from 1882. The organisation did not use ‘Croquet’ in its name in the years that followed. However, after awhile, the club changed its name to ‘The All England Lawn Tennis and Croquet Club’.

The year 1884 saw women tennis players participating in Wimbledon. In the first Women’s Singles, 13 female players took part, and Maud Watson emerged as the first women tennis champion. The Men’s Doubles event too started in the same year. The Lawn Tennis Club of the University of Oxford played the major part of the tournament by offering its trophy. The Wimbledon Tennis Tournaments became highly popular among sports lovers after that.

Ernest and William Renshaw, the twin British tennis players, became the heroes of tennis fans during the years between 1881 and 1889. They won 13 trophies in doubles and singles. This period was known as the ‘Renshaw Rush’ to mark the massive popularity that the twins gained in their time. Then again in 1897, Laurie and Reggie referred to as the Doherty Brothers stamped their mark on the tennis court winning many a trophy in the years that followed.

Tennis players from foreign countries started to grab titles during the 20th century. In 1905, USA tennis player May Sutton won the title becoming the first foreign female tennis player to win a trophy in a Wimbledon tournament. Sutton again won the title in 1907. In the male section, the first international title holder came from Australia when Norman Brookes grabbed the title. In that year, the only two British players who won the Men’s singles were Fred Perry and Arthur Gore. However, five female British tennis players were able to clinch the singles titles, and they were Dorothy Round, Kitty McKane, Godfree, Angela Mortimer, and Virginia Wade.

Thereafter, French players recorded a win in the competition held in 1920. Prominent names on the tennis court such as Jacques Brugnon, Jean Borota, Kitty McKane, René Lacoste, and Helen Wills also came to the fore during that period. The American, Bill Tilden clinched the championship for the third time in 1931. British Tennis Players took the upper hand during the period between 1934 and 1937 while the USA players grabbed the titles towards the commencement of the Second World War.