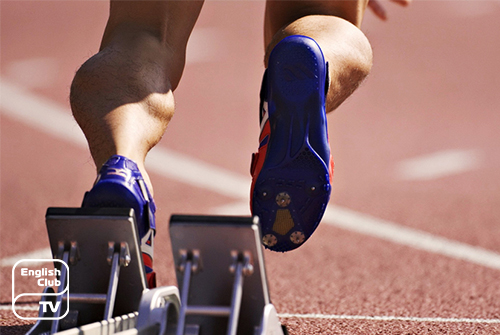 The International Olympic Committee (IOC) announced its shortlisted cities for holding in the Olympic Games 2012 on July 6, 2005. They revealed the list in Singapore at the 117th IOC session. Eventually, Moscow, New York, and Madrid were removed from the list and of the final two, London and Paris, the former selected at the fourth vote in this regard. Fifty-four voted in favour of London while 50 preferred Paris to London. However, the joy of the selection was short-lived among the British as a bomb exploded on a London commuter platform even before a day passed the announcement.

The British installed London Organising Committee of the Olympic Games (LOCOG) exclusively to get prepared the city for and formalise other relevant matters of the event. October 3, 2005, the Committee convened for the first time and Lord Coe chaired the meeting. In addition to LOCOG, had another installed in April 2006 called Olympic Delivery Authority (ODA) to oversee venues and infrastructural constructions for the game. The Government Olympic Executive (GOE), which is under the Department of Culture, Media and Sport, coordinated the event before and after to take its benefit for the nation. It also managed public funds in this regard.

However, 2011 riots in the country impacted very badly on the preparation. A few countries even expressed concerns over their participation in the games. The government finally succeeded in mastering these fears as the day neared. In March 2012, the Coordination Commission of IOC visited London and approved the preparation and declared that the city was ready for holding the global event. A range of new venues was built as well as some existing ones such as Hyde Park and the Horse Guards Parade were used for the Olympic 2012.

The Police, numbering 10,000 and armed forces of 13,500 provided security for the event. Many ships also took part in the security arrangements on the Thames. Air missiles and fighter jets too engaged in the security operation. The providence of security alone cost the country over £553 million. A Pre-security parade took place on January 19, 2012, with 50 marine security officers, as well as boats and Lynx Navy helicopters, participating. The Ministry of Defence, meanwhile, informed the public that they would install missiles on the water tower causing fear among some citizens.

The Royal Mint at Llantrisant forged medals for the Olympics 2012. David Walkins and Lin Cheung produced the medals for the Olympics and Para Olympics respectively, and they use gold (95%) and silver and copper. They took the engraving of the rim and the name of the sport and discipline. The game logo featured Nike depicting her victory where she marches in the Panathinaikos Stadium in the Olympic Games 1896. The other side of the logo represented the River Thames and a few lines symbolising energy and togetherness of the competitors.

Organising committees for the opening ceremony

The 27th of July saw the opening ceremony taking place called ‘Isles of Wonder’. Danny Boyle, Oscar winner, and Rick Smith directed the opening ceremony. Queen Elizabeth II officially opened the Games, and Prince Phillip and the Duke of Edinburgh participated in it, along with the Queen. The Queen first opened an Olympic Games in 1976 in Montreal. Famous performances such as Daniel Craig and Rowan Atkinson starred in the ceremony. Singers and musicians including Mike Oldfield, Frank Turner, Dame Evelyn Glennie Arctic Monkeys, Dizzee Rascal, and Sir Paul McCartney made it a joyful the event at the opening ceremony.

Luiza Galiulina, who took place in Gymnastic and its runner-up Tameka Williams were suspended from their events when they were proven positive for methenolone. Nadzeya Ostapchuck became the first to have a medal in an Olympic withdrawn over drug abuse. In that event, Valerie Adams received the gold medal for Shot Put. Lidia Valentine, a Spanish Weightlifter, was recognised to be awarded a gold medal since the winners over her, Svetlana Podobedova from Kazakhstan, Nataliya Zabolotnaya from Russia, and Iryna Kulesha from Belarus failed their drug tests.