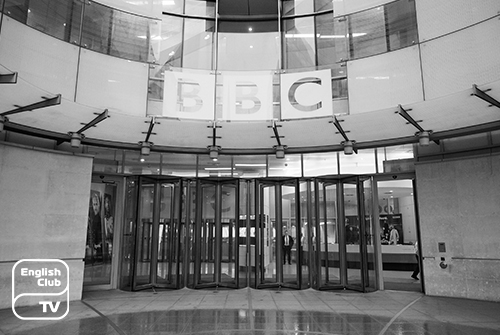 Headquartered in London, the English BBC (the British Broadcasting Corporation), provides a nationalised service. The largest of its kind under the planet, and when taking into account the number of its employees (30,402), the BBC has its name on record as the first nationalised broadcasting corporation in the world. Of them, 16,672 serve the public broadcasting sector. BBC employees are freelance and contract staff along with staff in the permanent service.
English BBC: Royal Charter
BBC came into operation (January 1, 1922) under a Royal Charter and via an agreement with the Secretary of State for Culture, Media and Sport. The BBC renews its licence annually and sets monthly fees from the public for telecasting programmes. The Government of Britain fixes the price the public has to pay for BBC TV and radio broadcasting. The BBC World Service began its service in 1932 and broadcasted its service in 28 languages including Persian and Arabic.
Structure of English BBC
BBC receives a quarter of its revenue from commercial services. The BBC Worldwide Limited handles the business sector of the corporation. BBC broadcasts its English news service around the clock and so is its website BBC.com, which operates under BBC Global News Limited. BBC comprises of a television division, radio division, newsgroup, designing and engineering division, BBC North Group, and Finance and Business Division. It also has BBC Trust, but it operates somewhat separately since it has to monitor the other departments and the overall operation of the corporation.
English BBC programmes
Most of the BBC programmes hold great popularity among its viewers. The car show Top Gear, has received thousands of views preferences to date. It stars Jeremy Clarkson, James May, and Richard Hammond. Luther TV series also enjoys a vast popularity. Neil Cross directs it and Idris Elba, Paul McGann, and Warren Brown starred the main characters. Top of the Pop presently is aired worldwide enjoying a great fan base. It popularises British Music in over 100 countries. To date, Top of the Pop has telecast over 2,212 episodes. TorchWood, Life on Mars, Little Britain, Planet Earth are but a very few of the other popular BBC TV programmes.
Top position holders of English BBC
Raina Allison Fairhead now holds the chairmanship of the BBC Trust. Before her, no woman has been its chairman. Prior to holding this post, she has held many responsible positions in highly recognised entities. Some of the institutions she worked earlier include Bain & Company, British Aerospace, Short Brothers, and Bombardier Inc. Lord Tony Hall Birkenhead holds the position of BBC director-general. He is its 16th director general. Before accepting this post, he had been the chief executive of the Royal Opera House. He joined the BBC as a news trainee in 1978.
Worldwide, millions view BBC news and other programmes on a daily basis. Its global reporters provide instant information on every event happening worldwide, and BBC reports them for its viewers afresh. Likewise, it gets together the entire world by broadcasting and telecasting features of every culture to do with arts, entertainments, and religions, etc. However, many criticise BBC for its biased reporting towards the western world.