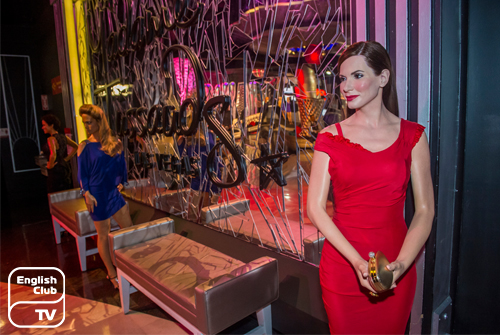 You can now get close to all your famous celebrities and even some of the Presidents of the world without wading through fans and security details. Thanks to the Madame Tussaud’s museum where many of the famous names in every industry and culture find them displayed in a natural manner, one has to get a closer look to tell that they are not real and breathing. Some of the figures include politicians, royalty, historians, singers, actors, and notorious criminals, famous female and male figures in history and athletes, are all grouped into themed exhibits, in this vast museum. One cannot tell the difference, as these wax figures look identical to the real thing.

Being one of London’s famous museums, Madam Tussaud’s came into existence in 1835. Madame Tussaud was born in Strasbourg, France, under the name of Marie Grosholtz in 1761. After her father’s death, she moved to Paris with her mother and learned the art of was sculpting. She made her first wax sculpture at sixteen, of the French writer, François Voltaire. Word of her talent reached the royal family, and they hired her as an art teacher. Later, during the French Revolution, her relationship with the Royal family caused her to be thrown in jail. She was asked to visit cemeteries and make wax impressions of the chopped heads of the members of the royal family to show her allegiance to the new regime. She married François Tussaud and had two sons before her husband disappeared and never was seen again. At the initial stages, Madam Tussauds was able to travel to all parts of Britain, including Scotland, Ireland and Wales, displaying different wax figures. It paved the way to identify her life’s occupation. She made so many wax figures to show people that it took her to various cities of Britain. When she eventually settled down in London in 1835, her sons found her a suitable building where the museum is still in existence today, situated on the corner of Baker Street and Portman Square.

The Museum located on Marylebone Street is close to central London. The main branch of Madame Tussaud’s is still in London while many branches have opened up in other countries to give people the opportunity to enjoy what Madam Tussaud has to offer. Some of the countries that the Museum has extended to include, Bangkok, New York, Washington, D.C., Hong Kong, Amsterdam and Las Vegas while plans are underway to expand into other countries as well.

Each year the Madame Tussauds Museum in London draws over two million people. These visitors are thrilled to stand next to an exhibit of their famous stars, which they are unlikely to meet in person, ever! Visitors can pose with and touch the exhibits.