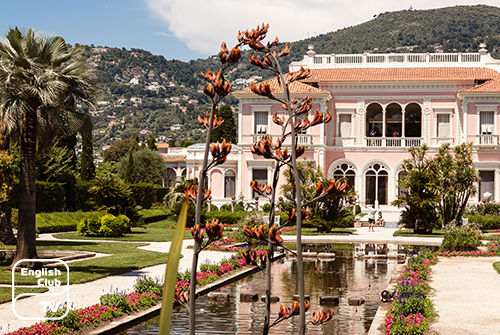 The combined wealth of the Rothschild family today is estimated to be worth well over a trillion dollars and is certainly the largest private fortune amassed in the annals of global history. It is interesting to trace who the Rothschilds are and how they were able to gather together such colossal wealth.

Born in a Jewish ghetto in 1744, Mayer Amschel Rothschild lived in Frankfurt, Germany. He was still a young lad when he lost his father and had to take over the family business dealing in currency- exchange. It required him to learn all about the various aspects of currency, the diverse kinds of money and coins. With all this acquired knowledge Mayer became an expert in rare and old coins which led him to be a dealer in rare coins to complement the family business.

The Crown Prince of Hesse who was also a passionate collector of rare coins at the time got to know of Mayer’s extensive collection of rare and old coins, approached him and together they transacted numerous profitable deals. Within a few years, the Crown Prince became William IX, Landgrave of Hesse-Kassel. This new title entailed governorship of the region under the rule of Joseph II, the Holy Roman Emperor. No other than Mayer Rothschild was appointed as the “Hoffaktor” of his considerable fortune. This new title was considered to be a vital, favourable, well paid and powerful position that entailed Mayer to becoming the prestigious Jewish Banker, dealing with collecting taxes, finances, and lending money belonging to the European Royalty. In other words, the position may compare to a present day highly paid accountant.

And so, began the climb to the immense fortune of the Rothschild family today considered beyond compare. Mayer through the handling of practically all the financial aspects of the French Revolution (1789-1799) gained continuance of economic influence at an international level. Count Corti quoted in his book “The Rise of the House of Rothschild,” all governments were in need of money with loans to be raised, and monetary exchanges needed negotiating, and armies had to be equipped, clothed and fed. Wherever there was a business to be transacted, there were the Rothschilds ready with their offers and quotations.

Mayer by the 1800s was among Frankfurt’s ten wealthiest with each of his five sons engaged in the family business. As each was old enough, they were well placed across Europe taking their expertise, wealth and family connections along which helped in keeping their wealth intact unlike so many of the well-known and famous families who lost heavily throughout the unstable period Europe faced. The five brothers were each placed in London, Frankfurt, Vienna, Naples and Paris and were soon indispensable to each of their adoptive countries. Their strategy was to work as one with the family ensuring greatest profit while upholding the Rothschild name.

Mayer Rothschild, before his demise in 1812, assured the continuance of the family fortune for centuries to come by judiciously arranging his son’s marriages to cousins to keep the immense fortune within the family ensuring their wealth remained within the Rothschild family today.

The Rothschild wealth and influence grew in the early 19th Century with the European wars. Of the famous Rothschild brothers, Nathan Mayer Rothschild was the savviest, richest, most cunning and possibly insincere. He operated from London as a part of his father’s plan for the business. There were many stories regarding the morality behind his methods. How much of those were true or a result of anti-Semitism, jealousy or otherwise the result remained the same making him immensely wealthy. He helped to finance the Duke of Wellington singlehandedly to oppose the French Napoleonic wars in 1803. He shipped bullion shaped as coins to the armies that were fighting France.

Using the family’s network of Rothschilds across Europe, he gathered information a full day ahead of the British government, which allowed him to spread rumours that of losses knowing full well that Britain had won. It caused markets to crash and depressed stock prices resulting in panic selling which he bought. The best example was the Battle of Waterloo in 1815 with rumours running rampant that Britain lost, but, when word came back that Napoleon was the one who suffered defeat Nathan Rothschild was able to cash in the enormous benefits of his previous buying of depressed stocks and bonds. While their practices to amass wealth did not meet with the highest moral standards, Nathan was known to work towards eradicating the slave trade and helped to buy out British plantations and the passing of the Slavery Abolition Act of 1833.

All through the 19th and the 20th centuries the Rothschilds continued to be the wealthiest and most prominent bankers in the world and started providing loans to countries outside of Europe, notably the US.

They were also well recognised in the world of wine and as art collectors. The Rothschild family today are also best known for their finest and most expensive wines in the world. Their art collections were the envy of many across Europe. Then when the Hitler’s SS Army annexed Austria in March 1938, the Nazis lost no time in looting the family’s priceless art from the Rothschild homes in the region. It took nearly 54 years for the return of virtually all the art. However, they decided to sell or donate most of the collection. They have also donated several valuable properties during the last century.

The Rothschild family today are still outrageously wealthy. However, they on the whole keep a low profile no longer focusing much on banking but are engaged in asset management, wine, real estate, social activism, and charity work in keeping with their family motto Concordia Integrias Industria.