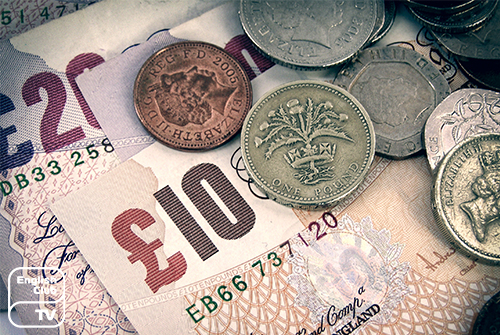 The world’s oldest money that is still in use is the Pound Sterling – the Official English Currency. GBP is its ISO currency Code and it is commonly known as a pound. Other than the United Kingdom, the Isle of Man, Guernsey, South Georgia, Jersey and the South Sandwich Islands use Sterling Pounds. Tristan da Cunha and British Antarctic region also recognises the Sterling Pound as their official currency. One pound contains 100 pence.

Jersey and Guernsey have their Pounds called Jersey Pound and Guernsey Pound. The Isle of Man uses the Manx Pound along with the Sterling Pound while Gibraltar does the same with the Gibraltar pound. The Falkland Islands uses Falkland Island Pound along with the Sterling Pound. The Bank of England issues the currency of pounds and its coins. It also regulates currency notes that the Scotland private banks and banks in Northern Ireland issue. But it does not control the Pound notes or coins that other jurisdictions issue. The Foreign Exchange Market indicates that the status of the Sterling Pound stands the 4th most commercially tendered notes that are being used in the world. It follows the US dollar, Euro, and Japanese Yen.

Brief History of the English Currency

Anglo-Saxon England first used the unit pound. It was equal to 240 silver pennies. England’s present Pound originated from Anglo-Saxon England’s ‘unit pound’. Charlemagne first brought in for the Frankish Empire as the method to calculate pounds and its coins. A Farthing which is the lowest value of British currency system is equivalent to the value of one Penny with an equivalent value of 4 Farthings. 12 Pence is equal to make one Shilling and 20 Shillings make one Pound.

The Sterling first appeared during the time of King Offa of Marcia (756-796). The King introduced the Penny at that time. A Penny weighed about 22.5 troy or 1.5 grams. Accordingly, the weight of a Mercian Pound was about 5,400 troy grains. During this period, other Anglo-Saxon countries used the Pound and it later came to England. Fine Silver was used to produce pennies in the initial stages. But King Henry II introduced the Tealby Penny which weighed 95.5 per cent of silver. It was the standard coin till the 20 century and called Sterling Silver. Its strength was superior to that of fine silver.

The quality of the silver coins was devalued very much, during the reign of Henry VIII and Edward VI. In 1544, a silver coin was produced using one-third of silver and two-thirds of copper, equated to .333 silver. As a result, the copper coin arrived on the scene. There again, in 1552, a new silver coin came to exist produced with Sterling Silver. However, the value of the penny was devalued reducing it to eight grains. Then in 1601, ’62 shilling standard’ came to exist further reducing the penny’s weight.

Likewise, the English Currency changed its value more often and contained its silver and gold. Today, the value of Euro and Pound fluctuates against each other. In the period between 2007 and 2007, the Central Bank of England raised interest to face high inflation that hit the country at the time. That resulted in pound getting appreciated against other currencies. In 2008, the duration that the world’s faced its one of the worst financial crises, British pound depreciated very much.