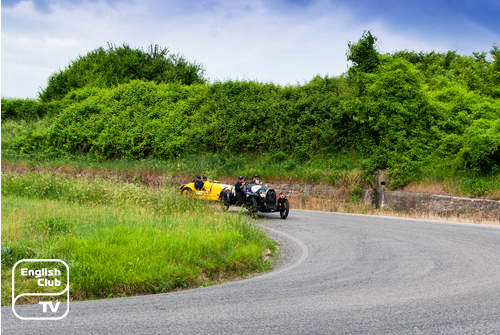 It is a well-known fact that Great Britain has produced many famous British racing drivers over the years. Some of their records are yet to be matched by the giants of the field of racing competitions.

Lewis Hamilton won the F1 championship in 2008. Mike Hawthorn, another great racing legend, did this many years ago; whose 50th-anniversary victory fell on the day that Lewis Hamilton clinched the championship of the racing category F1. Of the many legendary racing drivers that Great Britain produced, many have died at a very young age.

Jim Clark secured the Scots Formula championships twice– in 1965 and 1963. He also won the Indianapolis 500 competition in 1965. A member of the Lotus racing club, he met with a terrible accident at the beginning of his racing career but survived. However, he died in another accident in 1968 at the Hockenheimring.

Damon Hill is the son of racing car competition legend Graham Hill. Damon grabbed the championship of the Formula one in 1996. He now holds the presidency of the British Racing Driver’s Club.Damon Hill’s father Graham Hill clinched the World Championship in 1962 and 1968. He participated in the racing car competition for Brabham and Lotus. He also won the Indy 500 in 1966. He died when his Piper Aztec aircraft that he was travelling in crashed above North London. He was only 46 years of age at the time of the accident. His son did not participate in any racing competitions for another five years.

James Hunt won Formula One Championship in 1976. After his racing career, he became a commentator for the BBC and died of a heart attack in 1993.

Another legend in the history of racing car competitions, Mike Hawthorn, clinched the Formula One Championship in 1958. He also won the championship of 24 Hours of Le Mars in 1955. During this event, he met with a series of near fatal and serious accidents and survived. However, he died in an accident in Guildford after a few months of his winning the championship.

Nigel Mansell won Formula One in 1992. He also clinched the championship at the CART World Series in 1993. In the history of the racing car competition, Nigel Mansell is the one and only car racer who held both these championships at the same time.

The well recognised legend of racing competition car history, Sir Stirling Moss is immortal. He won 16 Formula 1 Grand Prix in the period between 1955 and 1962. He held the Drivers’ Championship four times, continuously but did not win a World Championship.

Sir Jackie Stewart won the World Championships of Formula One three times from 1960 to 1973. He fought for bringing in safety measures for racing drivers after witnessing some gruesome deaths that occurred on the track. He was honored with a Knightship in 2001 for the service he had rendered in the sports field.