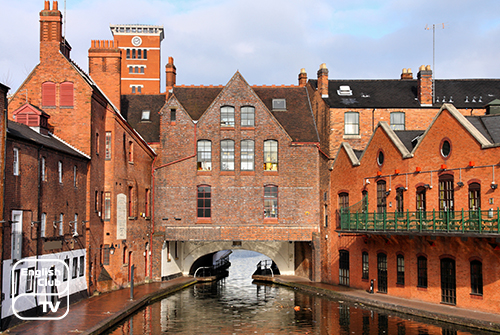 Here are some unusual and fascinating Birmingham attractions that will lure you for a pleasant and memorable getaway, reasons you will want to return over and over again.

With a fascinating and rich history of over 10,500 years, Birmingham is where hunters from the Stone Age lived roaming the grasslands along the valley of the River Rea and its forests in Digbeth. The name of the settlement known as Birmingham derived from the words ‘ham’ meaning settlement and ‘ing’ the followers of Beorma, believed to been a Saxon nobleman or warrior.

The city’s early history as being a most significant settlement goes back to when Peter de Birmingham, who owned the Birmingham Manor gained the rights to hold a weekly market during the early 12th century. The Doomsday Book contains a record of the value of Birmingham with a total of nine houses at a princely sum of £1! The market charter of 1166 helped in laying the foundations to develop Birmingham as a market town, transforming the scenario forever.

Among Birmingham attractions, is a major fort close to Harborne, which the Roman’s built leaving their mark on the landscape of the city.

3500 pieces of incredible silver and gold artefacts excavated is believed to date back to the 7th century to be the origins of the Anglo-Saxon kingdom of Mercia. This valuable treasure ever discovered from the region of Birmingham and the UK, known as the famous Staffordshire Hoard can be seen today in the Birmingham Museum and Art Gallery adds to the remarkable Birmingham attractions. Attention to this magnificent collection has been drawn internationally to the Louvre in Paris and the Smithsonian Institute in Washington, USA.

One of the oldest buildings in the heart of central Birmingham was St. Martin’s Church with its earliest records dating to 1290 but assumed that a place of worship to an earlier date might have been there. Still existing 850 years later in the same location are the markets of Birmingham located around the church.

St. Martin’s Church is one place where some of the treasures of historical value are located offering an informative perception on the exciting history of the city of Birmingham attractions.

Birmingham’s market-oriented city received a transformation from the 16th century by turning it into an industrial centre where manufacturing industries flourished such as weapons, cutlery and in due course guns, owing to its natural resources, centralised location and excellent transport links. The city’s fame grew by the 18th century becoming the chief European producer of buttons, buckles, jewellery and accessories called “Brummagem Toys,” and a range of small boxes. Mathew Boulton and John Taylor were the dominating manufacturers of the Toy Industry. The Lunar Society was co-founded by Mathew Boulton, Erasmus Darwin and James Watt, gaining worldwide recognition in arts, commerce, and their pioneering foresight in science and innovation. The Society met on the full moon at the Soho House which is now a museum and opened to the public from April to October being one of the prominent Birmingham attractions.

Having gained worldwide repute as the last word in remarkable manufacturing and known as the “Toyshop of Europe” and as a “City of a Thousand Trades’ Birmingham produces coins and medals at the Birmingham Mint and pen nibs in steel by the millions. The Pen Museum in the historic Jewellery Quarter exhibits the original pens and collections and machinery. Even today, a considerable amount of UK’s handmade jewellery is made in the Birmingham’s Jewellery Quarter, and it is worth a visit to its award-winning Jewellery Quarter Museum.