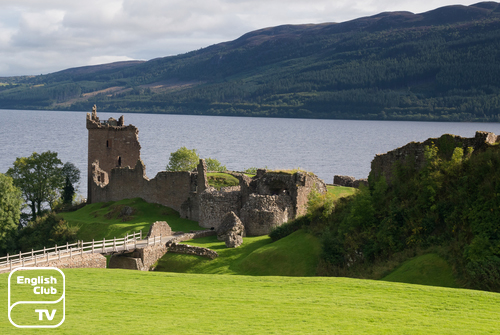 The location of Loch Ness is between Inverness and Fort Augustus in the Great Glen Fault Line. Loch Ness takes second place in extent in comparison to other lochs in Scotland. But when its volume is taken into account, it is the largest, since it holds water as much as all the water mass of every river and lake in England and Wales. Loch Ness is about 750 feet in depth and the Nessie’s Lair, a part of the Loch, is about 812 feet in depth. The Loch Ness surrounds an island called Cerry Island at Fort Augustus.

Nessie is the name of the mythical monster believed to be living in the Loch Ness. Many have claimed to have seen Nessie over the past, and there have been many news stories regarding the Nessie Monster of the Loch Ness. Every year, many ask where are Loch Ness and around one million people visit to see this mystical monster, mainly for a glimpse of the Monster in the Loch known as Nessie. Google records show that over 200,000 surfers look for facts of the monster of Loch Ness every year.

However, many are of the view that this monster can be a plesiosaurus. It is a marine dinosaur that was said to have roamed the earth about 200M years ago. Over the years, as many as 1,000 recorded occasions exist that people had seen the Monster of the Loch Ness. This oldest popular legend of the Loch Ness Monster, however, lives on even now despite the proven records that it is just a hoax.

Hugh Grey first captured a photographic image of Nessie the monster in 1933. But people denied it as saying that it was a photo of the photographer’s dog swimming in the Loch Ness carrying a stick in its mouth. After that, a physician in London called Robert Kenneth Wilson captured a photo of the monster. His became very famous and arguably it is the most viewed image of the legend around the world. As the physician refused to have his name support the photo, it was titled ‘Surgeon’s Photograph’ when the Daily Mail published it on the April 21st in 1934.

However, The Sunday Telegraph also claimed in 1975 that the Surgeon’s Photograph is also a fake. The book titled ‘Nessie-the Surgeon’s Photograph Exposed’ published in 1999 says the photograph is of a toy with a neck and head. It said that this toy was still somewhere in the depth of the Loch Ness. However, in the 7th century, before all these events took place, the Life of St. Columba written by an abbot of Iona called Adomnan carried a report on the Monster of Loch Ness. After that that in 1870, one Dr. D. Mackenzie had claimed that he saw the monster in the Loch Ness.

Then onwards there have been numerous sightings of the monster. In 1933, a road was established that runs along the bank of Loch Ness.  George Spicer had seen it in July 1933, and Arthur Grant riding a motorbike along the road had also seen it in August of the same year. On April 1 in 1972, newspapers had reported that the Monster of Loch Ness had died, but later it was revealed that the news published was an April fool’s day story.

The latest report on the monster of Loch Ness became known in 2012. George Edwards, who had operated Loch Ness boat tours, announced that he saw the monster, but it later said that he used a fibreglass component to resemble the monster and had captured the image.