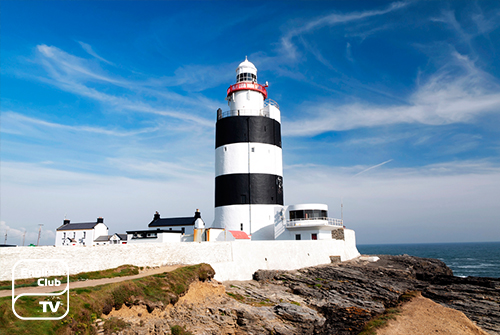 The capital of the Wexford County in Ireland is the Wexford Town. The coastal area of south and east of Wexford belongs to the Wexford town. Along the M11 main route from the capital of Ireland, Dublin, one can reach the Wexford city. Dublin also provides a train service to the town. Approximately, 25,000 people live in Wexford. Many in the city are businesspersons who run pubs, inns and hotels for tourists.

The southern region of the harbour of Wexford where the River Slaney’s Estuary lies is closely connected to the town. The Wexford town is known among the local people as Loch Garman. A legend says a man by the name of Garman Garbh had drowned in the river when a flood hit the region and hence the town got the name ‘Loch Garman.’

The city’s history dates back to the era of Vikings (800AD), records the Vikings being in the town for about three centuries, and they had ruled the area independently. The King of Leinster Dermot MacMurrough, at the time, had invaded the area in 1169 and chased away the Vikings with the support of Robert Fitz-Stephen. With the mediation of the Bishop of Ferns, the Nordic people in the area made an agreement with the King Dermot to rule the area together.

After that, the Wexford country flourished as an English region. The local dialect ‘Yola’ that the locals used until the end of the 18th century came to exist during this period. Wexford became a strong supporter regarding the forming of Confederate Ireland in 1600. Most of the supporters were foreign sailors although some locals were also among them. They robbed England of their boats and donated the goods in them to rulers of Confederate Kilkenny. As a result, the English government denounced the Wexford country when Ireland faced defeat in 1600 in the Cromwell war. In this conflict, thousands of Wexford people were killed, and their assets were dismantled.

In 1700, people of the Wexford country again revolted against the English ruling. These rebels ruled Wexford at the time. Even now, the locals proudly recall their struggle against the English. John Redmond, a liberal parliament member who was born in 1806, is also recalled by the locals in praise, and his memorials are held at the Redmond Square even now. He died in 1865. His nephew, Archer Redmond, too was a member of parliament in 1800.

During the 1900s, the Wexford Town became famous as a seaport. But after 1960, it was closed because the area was no longer profitable as a seaport. But still, the country has a port for its fishermen. After many attempts, a new port was built in 1900. Today this is called Rosslare Europort. Many ships now use this route through the seaport.

On the cultural context of the town, many street drama communities who live in the Wexford Country provide much of a share. They are also seen performing in the city. The Wexford Town boasts a few concert halls as well. The main one is Wexford Opera House, and it holds an Opera Festival annually. A Dr. Tom Walsh had first held this drama festival at the Opera House. Now this festival has grown into being one of the foremost tourist attractions in the Wexford Town. Dun Mhuire is another famous concert hall in the town. It holds musical shows like of bingo. St. Iberiou’s Church has also become a venue for holding numerous cultural and religious events.