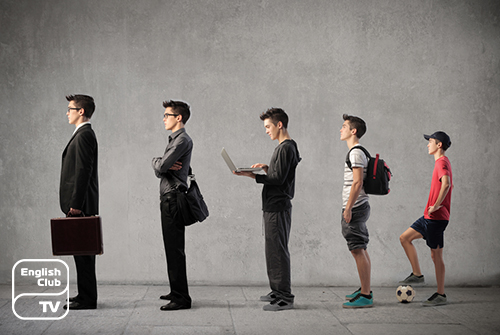 Modern teenagers in Great Britain enjoy great democratic freedom. However, research on teenage behavioural patterns shows that they typically feel very depressed about their physical appearance, health, and social status. For example, girls are in a constant fear of putting on weight. Therefore, they resort to various weight reducing methods. Some of these methods are very susceptible to their health, and may even be the cause of psychologically effected diseases such as anorexia.

A recent report from the World Health Organisation shows school going teenagers in Wales and England are dissatisfied with their immense quantity of school work. Recently, the Guardian published a feature article in this regard quoting Dr. Joanna Inchley, who is the Deputy Director, Child and Adolescent Health Research Unit, the University of St Andrews, saying that teenagers between the age group of 11 and 15 have a very low satisfaction of life.

Meanwhile, a study carried out in North America and Europe among 220,000 teenagers life shows girls at the age 15 of those who responded to the survey suffer from various physical problems. Every week, the study showed, they have complained about some physical or mental problems more than once. Among the boys who were part of the research, many were too obese. Fifty per cent of girls feels that they are overweight, and every one of them was on a diet. In Scotland, 55 per cent of girls and 27 per cent of boys were of the view that they were too overweight.

However, a high percentage of teenagers now do not smoke. Instead, studies shows, they prefer to drink alcohol. The girls get drunk more often than boys and as a percentage, 31 per cent of girls drink alcohol while only 25 per cent of the boys said that they drink alcohol from time to time. On the other hand, there is a tendency among school-going teenagers to avoid attending to their school work. Only 16 percent of girls and 22 per cent of boys responded saying that they like doing their school work in the required forms.

A recent report from the Ofcom, a communication research giant, shows teenagers between the age group of 16 and 24, spent more than 25 hours surfing the Internet per week. The number of youngsters who roam the Internet in Great Britain has doubled during the last decade, the report says. Meanwhile, sending SMS has become one of the primary communication methods among English teenagers. In fact, they use brief linguistic expressions whenever they send SMS to their friends which have now become part of the major communication systems in the world.

Instead of reading newspapers, printed books, and magazines, most teenagers in England now read on the net. They watch films and TV programmes online more than they watch them in Cinema halls and on TVs. However, a high per cent of the youth still watches TVs in their leisure hours. Teenagers are very much active in social media as well. Since 2007, the number of social media users among teenagers has tripled, Ofcom reported. Nearly 85 percent social media users among teenagers maintain their own profiles on the net.