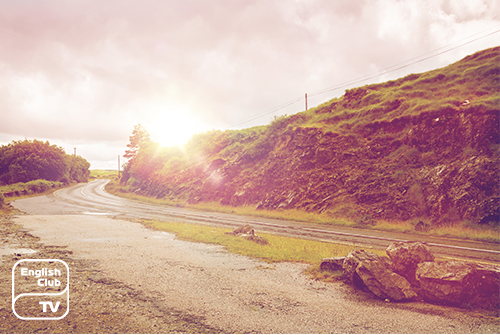 The British government and its armies in Ireland, and the Republican guerrillas of the ‘Republican Army’ or ‘Volunteers’ of Ireland waged war between 1919 – 1921. This conflict was known as ‘the Irish War of Independence’. Violence, however, was witnessed before the struggle officially began and after it had ended.
1918 December – The Irish Republican Party ‘Sinn Fein’ wins the election with 48% of the popular vote and secures 73/105 Irish seats.
1919 January 21 – ‘Sinn Fein’ breaks away from the British government forming the ‘Dail Eireann’, meaning ‘Irish parliament’, and declares independence. Two members of the ‘Royal Irish Constabulary’ murdered on the same day by the same IRA members acting on their own. It was considered the beginning of the struggle.
September – The British state outlaws ‘Sinn Fein’ and the ‘Dail’.
July – British recruits: ‘Black and Tans’ and ‘Auxiliaries’ arrive to quell the IRA uprising. They attack many civilians and become known for their ill-discipline.
November 21 – ‘Bloody Sunday’. 14 members of the British intelligence murdered by the IRA in Dublin. British Auxiliaries shoot at civilians at a football match killing 14 and injuring 65. Later on the same day, three prisoners of the IRA were shot dead.
December – British forces set fire to Cork City’s centre.
1921 May – Ireland divided by an Act carried out by the British parliament, created ‘Northern Ireland’ which continues to belong to the ‘United Kingdom of Great Britain’. A majority of the inhabitants of these areas, however, were supporters of the nationalists of the IRA during the 1918 election.
July 11 – The two parties agree to a truce under the authority of ‘General Sir Neville Macready’.
December 6 – The ‘Anglo-Saxon Treaty’ is signed ending British dominion in 26 Irish counties creating the ‘Irish Free State’. 6 counties in the North-East remain under British control.
1922 January 7 – The ‘Dail’ approves the treaty but ‘Sinn Fein’ divides into two factions as ‘Anti-Treaty’ and ‘Pro-Treaty’, also known as ‘Republicans’ and ‘Free Staters’. ‘De Valera’ and ‘Lynch’ head the former, while ‘Griffith’, ‘Collins’ and ‘General O’Duffy’ support the latter.
January 9 – ‘De Valera’ resigns from ‘Dail’ presidency. ‘Griffith’ succeeds him in the subsequent election.
June 28 – ‘Irish Civil War’ begins.
August 12 – ‘Arthur Griffith’ dies.
October 25 – Republicans of the second ‘Dail Eireann’ request ‘De Valera’ in Dublin to accept the presidency.
October 26 – The second ‘Dail’ tries to form a government, but it fails to declare its authority.
December 6 – ‘Irish Free State Constitution’ is carried out. ‘William T. Cosgrave’ is declared the president of the ‘Free State Executive Council’. The last remaining 6000 British soldiers leave Ireland.
From 1912-1922, the conflict resulted in over 2500 deaths. Politically, Ireland emerged as a wholly independent state since 1948. ‘Northern Ireland’, however, remains a part of the ‘United Kingdom’. 62, 868 medals were awarded at the end of the ‘Irish War of Independence’, out of which 15,224 granted to men of the ‘Flying Columns’.