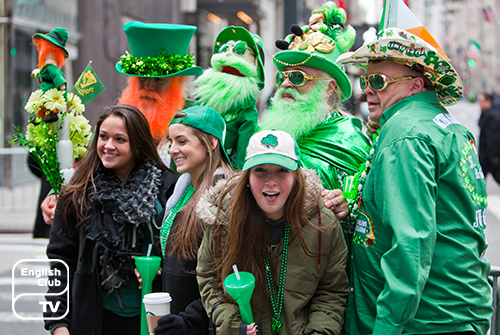 The struggle towards the Irish Free State fuelled when the authorities shot 15 to death and imprisoned over 100 people in 1916. To arrest the unrest, they also declared a curfew. Undeterred by oppression, the Irish heavily opposed the authorities in their sending citizens to WWI raging in the Middle East and Europe.

Meanwhile, the Irish Parliamentary Party (IPP) allied with the coalition in fighting the WWI. It happened in the wake of the 2014 3rd Home Rule Bill getting submitted to the Westminster for approval. However, many suspected that the Bill would not come into effect. Meanwhile, the British drafted Irish Convention that was to make it compulsory for the Irish people to join military service, they had to fold it because of the people’s unrest.

Sinn Fein party won the General Election held in December 1918 and gained a majority of seats in UK and Ireland parliament. Arthur Griffith founded this party in 1905 and Eamon de Valera led it in 1917 against military oppression and demanded that they needed a free republic for Ireland. In January 1919, MPs of the Sinn Fein Party did not sit in Westminster and gathered in Dublin instead. They then formed the Assembly of Ireland or Dail Eireann and declared independence.

A majority of Irish people accepted the party stand and Soviet Russia, and the USA were asked to recognise the Republic. They also called for every free nation to support their course towards a free country. Pro-tem Ministry President, Cathal Brugha said that they asked UK deputies to consider that the Irish Republic now separated from the UK.

The Independence War raged between 1919 and 1921 against the British Army in the quest for freedom. After installing the Ulster Parliament under the Government of Ireland Act brought in 1920, a treaty was brought in to stop the war. David Lloyd George, British Prime Minister and Arthur Griffth, the head of Irish delegation, negotiated the matter in length in October 1920. During the negotiation, Irish delegation headquartered in Hans Place in Knightsbridge. After the negotiation, the two parties signed the Anglo-Irish Treaty.

But it did not make Ireland an independent government as they wished. Eamon de Valera, Republic president, later stated that it was impossible to form a free country through negotiation. He published his views on the issue in 1922, but these observances did not show a suitable solution for the problem either.

As expected, the Anglo-Irish talks only brought in a dominion like that of in Canada. However, it was more than what John Redmond achieved via his initiatives in parliament in 1914. But the procedure affirmed that there would be Irish Free State as a partition from Northern Ireland and Ireland.

One month free period was given to Northern Ireland to take their decision by the Act. However, the agreement led 26 counties to a civil war starting from June 1922 to April 1923. The war ended the provisional state coming victorious over Republic forces. Eventually, Eamon de Valera resigned from the presidency.

He sought re-election for the presidency and was defeated. After that, Arthur Griffth acted as the President of the Irish Republic, and Micheal Collins was chosen to represent the House of Commons of Southern Ireland and to hold the chairmanship of the Irish Free State’s Provisional Government.