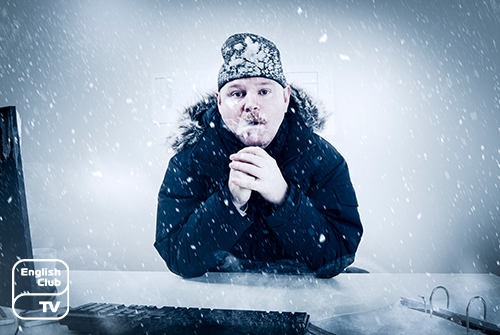 Find yourself turning up the heating experiencing sensitivity to cold? Don’t fancy going out of the house on those winter mornings? With the dropping temperatures of autumn heralding the colder climes in winter, many a British family is divided by one important argument. Should we turn up the thermostat? While it is a financial issue for some, many will admit that Sensitivity to cold is the leading cause of this dilemma.

For some, turning up the heating is symbolic of the changing of the seasons, many being reluctant to part from the warmer weather of summer. For others, factors like age, gender, location and even hair colour play a decisive role in their sensitivity to cold. In short, some people are better physically suited to cope with the colder weather than others. Gender often is a key factor when considering sensitivity to cold. Oestrogen has been shown to increase the sensitivity of vessels that shut down the flow of cold to the skin, resulting in some British females complaining about cold hands and feet.

Physical fitness also dictates how cold a person feels, physically fitter males or females are less likely to feel the cold compares to others. On the other hand though excess body fat does insulate the body’s core resulting in a higher tolerance for cold. Medical conditions too, affect a person’s sensitivity to cold, ailments such as Raynaud’s disease and Hyperthyroidism tends to heighten a sufferer’s sensitivity to cold. Genetics also has its say in how tolerant one is to the cold. Numerous Studies show that people with ginger hair are more sensitive to cold than brunettes.

However, physical attributes alone do not dictate a person’s sensitivity to cold. Location, location, location, as the famous adage goes is also the key. Geography and where a person lives also play a significant role in a person’s sensitivity to cold. For example, a person residing in a region such as Aberdeen will want to turn on their thermostats well before than a person living in South England. As important as where a person lives, is the actual home a person lives in, also affects their sensitivity to cold. Modern houses that are built under the latest building regulations tend to be better insulated and therefore elaborate how it can retain heat better than older, period homes. Victorian era homes tend to be notably harder to keep warm and may attribute to the lack of carpeting and insulation in these kinds of houses. The volume of ageing houses in the United Kingdom has made this somewhat of a common problem as most of the housing stock in the United Kingdom is made up of older houses.

Finances also dictate a person’s tolerance to cold, though not so much a matter of choice, as a matter of necessity, as energy costs in the United Kingdom rise steadily higher. A recent survey found that 25% of the houses surveyed had been compelled to deal with a cold house over the past year to economise due to rising energy costs. But it is also worth noting that there is another reason why certain people tend to turn on their heating later than others, who feel sensitivity to cold. For some, it’s a matter of British pride in showing how long they can keep the heat off!