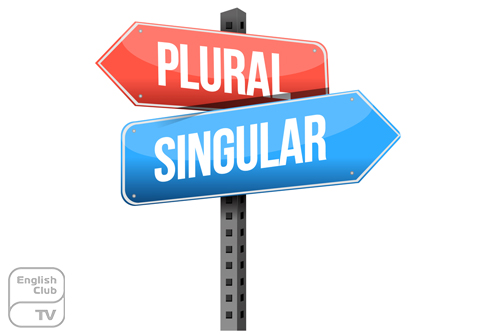 Plural nouns take plural form of verbs. If the noun is singular, the verb takes its singular form. However, even seasoned writers make mistakes when they turn a singular noun into a plural noun. It happens because of the many grammatical ways an English writer should follow when writing plural or singular nouns. However, these are simple. One can remember the pattern of making nouns plural. The categories of nouns do not make any impact on making them plural. Noun classes include pronouns, proper nouns, compound nouns, abstract nouns, and collective nouns.

Most English nouns turn plural when it contains the letter ‘S’ at the end. In this way, ‘farmer’ becomes ‘farmers’. ‘Mother’ becomes ‘mothers’ and ‘father’ becomes ‘fathers’. Likewise, ‘trader’ becomes ‘traders’; ‘ground’ becomes ‘grounds’, and ‘snake’ becomes ‘snakes’. ‘S’ added plural nouns are in thousands of words in the English language. Beginners can recall them in a second and use them properly in sentences without much thinking. But when it comes to some other nouns, the way of turning them to the plural can become difficult for beginners.

Another class of nouns that ends with ‘Y’ requires ‘-ies’ in the plural form. For example, ‘gallery’ becomes ‘galleries’ in its plural form, while ‘shanty’ becomes ‘shanties’. In this way, English learners can make a pattern of the rule to follow when they write plural and singular nouns. Take into account the ending letter of the noun and add the appropriate letter at the end that are ‘-s’, ‘-es’ or ‘-ies’. But there are exceptions as well. For example, one cannot put ‘-es’ even though ‘boy’ ends with ‘Y’. However, for those nouns, there is a definite rule in English grammar as well.

The grammar rules point that when a vowel is a letter prior to the last letter of a noun, it just takes ‘-s’ to be plural. Therefore, boy does not need ‘-es’ to be plural but only single ‘-s.’ Luckily, many of the lengthy nouns in English need only an ‘S’ to be plural. So, abstract noun ‘determination’ needs only ‘S’ to be plural. So is the ‘barrack’, ‘delegation’, ‘parliament’ and even the ‘president’. The main thing to remember is that a singular noun should take a singular form of the verb and the plurals, the plural form of verbs. It is called ‘subject-verb agreement’.