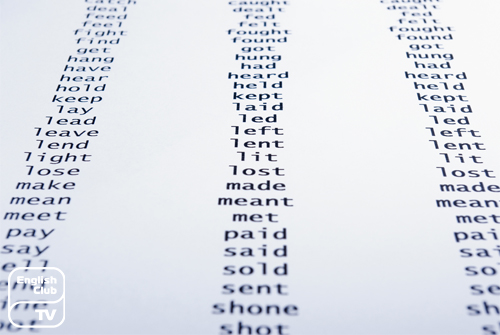 One easy way to recognise and familiarise with these irregular forms is to follow a dictionary. In most of the dictionaries, the forms in these two steps are given separately in front of each verb. However, the dictionary does not provide the participle form of a verb if it does not have that particular form. Therefore, English learners can easily understand that the verbs without its past and participle forms in the dictionary are regular verbs. In this way, they can recognize and use irregular verbs without any trouble.

One more instance that students must be careful is the verb that has an additional letter before their next form. For example, the verb ‘plan’ should take extra ‘n’ before turning to its past tense. Its past tense is ‘planned’ and so is the past participle. However, irregular verbs are not that many in English verbs when compared to the number of them with the number of regular verbs. Only about 250 irregular verbs are in the English language. However, without knowing them, one cannot be an expert in English language usage. Avid readers can make friends with not only regular verbs but irregular verb usage within months.