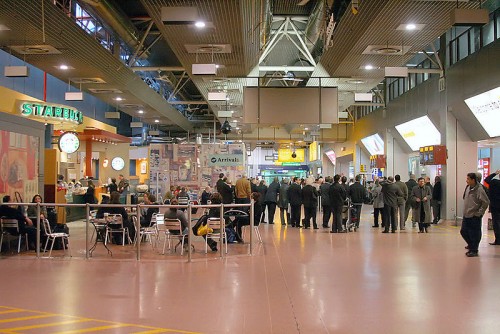 There are often instances when listening to a person speaking with a foreign accent and poor English pronunciation we have to turn closer towards that person to grasp what that person means.

It can be often amusing and at times awkward and tricky incidents crop up while those   of us who speak English as our second language try to put into words a point regarding a topic. What frequently follows is an amusing flawed situation that not a soul expects. Unavoidably, the complete dialog turns into a colossal misconstruction with everyone bursting into laughter.

Not long ago, a non-native speaking elderly couple who were on a visit to the US had to wait their turn for airport security checks. The man who was feeling his lips drying turned to his wife and asked her to give him the lip-balm.

It led to an ever watchful security official hearing a mispronounced word had them surrounded and whisked off rather unceremoniously into an interrogation area, and even flights cancelled for the ensuing couple of hours!

While in the examination room, amidst the questioning the man managed to inquire why the security had not allowed him the use of the small tube of lip “balm” his wife carried.

The mortified senior officer became outraged with his subordinates at the realisation that all airport functions became disrupted due to a request for some Chap Stick. It was then that a rather sheepish supervisor discovered that his staff heard the husband ask his wife for “the balm” but due to his faulty English pronunciation misheard it as “the Bomb!”