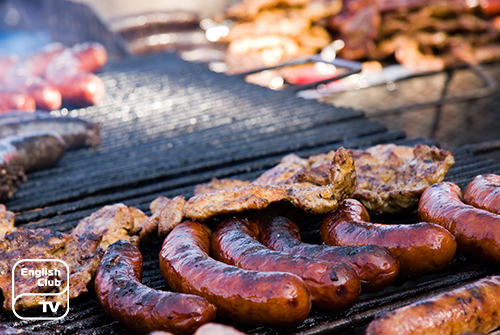 Sausages hold a major part in the menus of the main British meals. Manufacturers of sausages in the UK use a type of meats such as pork, venison and beef along with a variety of herbs and cereals to produce sausages. Most of the British prefer having sausages with their breakfasts. However, they include sausages to recipes rather than consuming sausages alone. Fruits such as apples and apricots as well as flour food products such as bread take part in such traditional methods.

The high popularity of sausages among the British makes it the main part of even its national festivals. One such is the National Sausage Week, which typically takes place during the months of October and November every year. This year (2016) Sausage week took place from October 31 to November 5) and Jonathan Benjamin, a great singer, participated it as its ambassador. This year-Sausage week witnessed its 19th consecutive festival amidst much pomp and ceremony.

Organisers of the National Sausage week in the UK hold a series of competitions where sausage lovers can participate in and win fabulous prices. The media publish and broadcast numerous programmes which talk about many aspects of sausages as food items and enlighten people in sausage manufacturing procedure. Competitions to select the best sausage maker, best sausage food recipe, the best sausage retailer and so on takes place during the week.

According to a media release, one nation-wide sausage competition in this year attracted over 700 entries. Celebrities such as Jonathan (JB) and X Factor take part in the sausage week in the UK thus providing strong reasons for the public to consume sausages with their main meals. However, health authorities warn them that consumption of sausages can cause numerous non-infective diseases such as diabetes, cardiovascular diseases and illnesses which directly link with chubbiness. Therefore, many sausage manufacturers now produce sausages that contain a less quantity of meat.

Every family in the UK experiment various recipes with sausages during the week. In fact, they grab these recipes from the Media and the net. Almost every sausage manufacturer, company and retailer pay particular attention to their promotional activities in the sausage week by introducing new recipes that contain sausages as their main food item. They also organise health promoting activities and competitions such as walks, cycle races, and so on during the months towards the sausage week and even during its aftermath as well.

The British use sausages in a variety of food items throughout the year but especially during the weeks towards the festival. The heat of introducing new sausage recipes goes on within the family circle even after the week. They use sausages with mash, pasta, glazed, casserole, and pastry as well as in a hole and a dessert. In this way, innovative recipes with sausages come to the forefront during the week thus catering to amateur chefs worldwide new aspects to think of the ways to supply great food items for food lovers.